The spin surrounding Thom Tillis’ résumé is reaching near-supersonic speeds.  News broke this week that the state House speaker and US Senate candidate had, um, embellished the portion of his record dealing with his college education.   Tillis supporters and their mainstream media enablers have hit us with a number of memes: (1) people are picking on Speaker Thom for getting his degree late in life, (2) people are getting rather snobby with their attacks on the online, part-time, accept everyone business model of UMUC, and (3) the speaker NEVER actually misled anyone.

Tillis told The Shih-Tzu this weekend that it DOESN’T matter where he went to school.   We beg to differ.

We’re in an era of extreme distrust of government and elected officials. 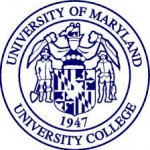 We’ve been hit time and time again by politicians telling us one thing and doing another (see ELLMERS, RENEE).  People are starving for political leaders who can be trusted.  Playing fast and loose with details of your personal background — like where you went to school — is not helpful in the effort to restore people’s faith in their leaders.

Even more disturbing is that this whole thing appears to be part of a pattern where Thom Tillis plays around with the truth or just plain exaggerates.  Let’s take a look at a passage from the Tillis for Senate web site:

[…]  “Tillis rose to the position of Partner in the national business consulting firm PriceWaterhouseCoopers and advised North Carolina’s largest bank and other major national corporations. […]

Sounds impressive, huh?  We think so, too. Landing a position with PwC is nothing to sneeze at.  But throwing around the word “partner” creates an impression among the general public of something that MAY NOT be the case.  People hear “partner” and they think in terms of partners in a law firm or someone who actually has a significant financial stake in a company.  It appears that “partners” with PwC are actually contract employees or consultants.  According to PwC, the company had 9,957 partners as of June 2013.  Saying you are a “partner” can sound a lot better than calling yourself a “consultant.”

(As an aside — I know of a major bank based here in North Carolina that hands out the title “assistant vice-president” to rank-and-file employees ranging from maintenance to tellers and other front-line customer service personnel.  It’s a morale-booster and is a whole lot cheaper than handing out raises. )

Let’s look at the whole Aquesta Bank affair. We found a financial disclosure form Tillis filed with the state where he claimed he and his wife were “owners” of the bank.  Many Tillis supporters attacked us for making this up, but we only passed along the info Tillis himself submitted to the state under his signature.  Other disclosure forms Tillis has submitted reveal that he and his wife have a $15,000 investment in Aquesta Bank.  Does being an investor in a publicly-traded company qualify you to call yourself an owner? In a sense, stockholders are owners.  But it comes off as quite deceptive to call yourself an “owner” when you are mid- to low-level stockholder.  My investment in Apple doesn’t qualify me to call myself an “owner.”

I am actually proud of Speaker Thom for keeping his nose to the grindstone and getting his degree late in life.  I teach at the community college level.  Many of my students are nontraditional — outside the 18 to 22 demographic — and matriculating while holding down a job and supporting a family.  A college degree opens doors for you that may currently be closed and padlocked.

I know. It’s not exactly shocking to hear about a politician stretching and massaging reality.  But if we can’t trust the details of WHO YOU ARE, how can you expect us to trust that you will have our best interests at heart when you go to DC?