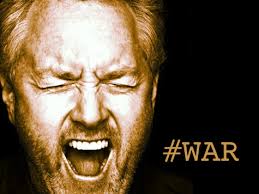 We’ve got some pretty big races for US House and US Senate on the November ballot here in North Carolina.  One very significant item on the November  ballot is not getting the attention it deserves:  a proposed amendment to the state constitution allowing you to waive your right to a jury trial in non-death penalty court trials.  Never mind that pesky Sixth Amendment to the US Constitution.

That’s right.  We’re being allowed the privilege of voting to water down a very specific, crystal-clear right granted to us by The U.S. Constitution.

Advocates for the amendment can talk all they want about saving taxpayers time and money. I am sure that was the same argument used in The Soviet Union, Nazi Germany and Red China to justify their jury-less kangaroo court proceedings.  A jury of your peers is the main check on the power of the government.  Without a jury, you have an agent of the government prosecuting you AND refereeing the proceedings.

State Rep. Michael Speciale — one of the few on Jones Street regularly employing common sense — is taking to the mainstream media to sound the alarm about the disturbing implications of approving this amendment. It is a shame that he is out there all  by himself.

On the federal side, The Congress is pushing through legislation that will dramatically alter the protections our Founding Fathers granted us in The First Amendment.  Chuck Schumer — Kay Hagan’s puppetmaster — is joining forces with John McCain and Lindsey Graham to limit exactly WHO gets to enjoy the constitutional protections of freedom of the press:

A supporter of a bill to protect reporters and the news media from having to reveal confidential sources said Friday the measure has the backing of the Obama administration and the support of enough senators to move ahead this year.

Sen. Chuck Schumer of New York, the No. 3 Democrat in the Senate, spoke optimistically about prospects for the measure, identifying five Republicans who would join with Democrats and independents on a bill that he said would address a constitutional oversight.

While the first amendment protects freedom of the press, “there is no first amendment right for gathering information,” Schumer said at The New York Times’ Sources and Secrets Conference on the press, government and national security.

The bill was revived last year after the disclosure that the Justice Department had secretly subpoenaed almost two months’ worth of telephone records for 21 phone lines used by reporters and editors for The Associated Press and secretly used a search warrant to obtain some emails of a Fox News journalist.

The Justice Department took the actions in looking into leaks of classified information to the news organizations. The AP received no advance warning of the subpoena.

Schumer discussed the bill’s provisions and how, if it became law, it might affect journalist Glenn Greenwald, who reported on National Security Agency’s secret surveillance based on documents leaked by Edward Snowden.

“It’s probably not enough protections to (cover) him, but it’s better than current law,” Schumer said.

The bill’s protections would apply to a “covered journalist,” defined as an employee, independent contractor or agent of an entity that disseminates news or information. The individual would have to have been employed for one year within the last 20 or three months within the last five years.

It would apply to student journalists or someone with a considerable amount of freelance work in the last five years. A federal judge also would have the discretion to declare an individual a “covered journalist” who would be granted the privileges of the law.

The bill also says that information is only privileged if it is disseminated by a news medium, described as “newspaper, nonfiction book, wire service, news agency, news website, mobile application or other news or information service (whether distributed digitally or otherwise); news program, magazine or other periodical, whether in print, electronic or other format; or thorough television or radio broadcast … or motion picture for public showing.”

While the definition covers traditional and online media, it draws the line at posts on Twitter, blogs or other social media websites by non-journalists.

The overall bill would protect reporters and news media organizations from being required to reveal the identities of confidential sources, but it does not grant an absolute privilege to journalists.

The bill makes clear that before the government asks a news organization to divulge sources, it first must go to a judge, who would supervise any subpoenas or court orders for information. Such orders would be limited, if possible, “in purpose, subject matter and period of time covered so as to avoid compelling disclosure of peripheral, nonessential or speculative information.”

The senator wasn’t certain about the impact on WikiLeaks founder Julian Assange, saying he didn’t know how Assange makes his money under the bill’s definition of a “covered journalist.”

The Senate Judiciary Committee passed the bill last September on a 13-5 vote. Schumer said the measure has the support of Republican Sens. Johnny Isakson of Georgia, Roy Blunt of Missouri and Lindsey Graham of South Carolina. He also noted the backing of Iowa Sen. Charles Grassley and Utah Sen. Orrin Hatch in the committee.

“I think we’re going to get the bill on the floor of the Senate and pass it,” said Schumer, who explained that other Republicans have concerns due to national security.

Votes are not expected until after April, however.[…]

Wow.  This is a great way to shut down voices of dissent. The government will decide who the First Amendment applies to — and to whom it does not.

The First Amendment’s protections for the press were inspired by the work of American pamphleteers during The American Revolution.  Brave men like Thomas Paine and Sam Adams and John Dickinson questioned the outrageous behavior of the British government toward the American colonies in printed publications distributed to colonists.  The work of these folks was considered key in lighting the fires of revolt and keeping them burning until the final victory in Yorktown in 1781.

Arguably, today’s bloggers are the modern-day descendants of those pamphleteers.  The mainstream media is withering away.  Fear of losing advertising and access to politicians keeps the remaining outlets from asking tough questions.

Clamping down on the only sector — the blogosphere — keeping the populace informed succeeds in enhancing the implementation of The Mushroom Effect and strengthening the hand of an already too-big, too-powerful government bureaucracy.  Will we stand idly by and vote to water down those freedoms that made this country the great place that it is? Or will we stand up and fight?