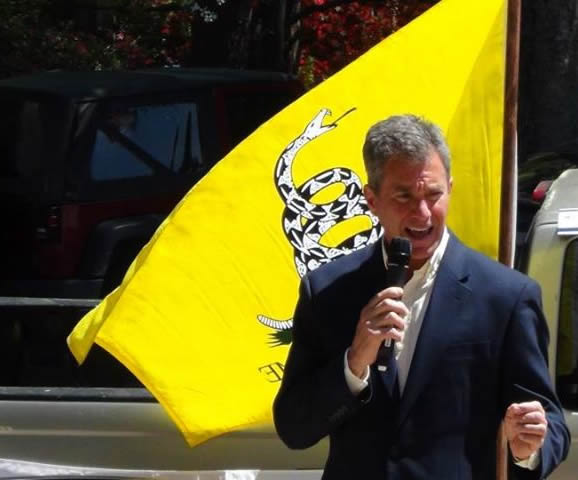 The New York Times finally noticed a Tea Party-aligned Cary physician running for the US Senate in North Carolina.  McClatchy licked its chops and piled on.  Is the whole Brannon “scandal” as cut-and-dried as we’re being told it is?  Let’s take a look:

1. How did this all come about? I decided to reach out to some friends of this site — as well as former colleagues — who are deeply plugged in to the national political scene. (I like to double- and even triple-check things I see printed in the pages of the NYT or ANY McClatchy publication.)  It’s been discussed publicly already here in North Carolina that there are ties between the Greg Brannon campaign and the political organizations of Senators Ted Cruz (R-TX) and Rand Paul (R-KY.)  My DC-based sources tell me that a lot of the same people who produced marketing copy for the Cruz and Paul campaigns have also been doing the same for the Brannon campaign.

I am told that The New York Times and their leftist allies stumbled across the Brannon-Paul connection while trying to sustain the piling-on of the Kentucky senator.   They ran a lot of Paul’s copy — including his 2010 campaign web site — through Google to see what else they could find.  Brannon’s site — produced by some of the same consultants who helped Paul in 2010 — came up in the search results.

2. News flash: Most elected officials do not write their own stuff — whether it be web site copy or speeches or brochures.  One exception I am aware of is my former employer — the late Senator Jesse Helms.  Helms had a background in journalism — cultivated in the newsrooms at The N&O and WRAL.  Many long-time North Carolinians may remember Helms’ tenure as an on-air commentator on WRAL TV. (While in Washington, I regularly saw Helms pounding out his own speeches and even personally responding in writing to letters from some constituents.)

In my PAYING day job, I do a lot of copy writing work for business and political leaders.  I typically interview my clients, and then draft something for their review.  If I have captured the correct tone and tenor they want to present, I get paid and they disseminate my work as their own.   Their use of my words does not count as plagiarism.  I was paid to write something for them.  Our transactional agreement gave them wide-open permission to use my words.

On the political side, I have worked for clients — Republicans and conservative Democrats — at the local, legislative and congressional levels.  It is very likely that you have seen or heard my work over the years in radio ads, TV ads, print advertisements, campaign brochures, and stump speeches.  My volume of work has grown so large that I’m afraid my writing style is getting to be too recognizable.  I try to stay behind the scenes.  But a good friend of mine — who happens to be a longtime Democrat operative — tells me he can clearly detect my involvement in certain campaigns.

3. Playing fast and loose with the term plagiarism. In 1988, Joe Biden ran for president.  He got caught delivering — word for word — a speech given earlier by British Labor Party leader Neil Kinnock.  Biden presented the words as his own — never mentioning Kinnock.  Crazy Joe even identified himself in the speech as the son of a coal miner.  The problem?  Kinnock’s dad was a coal miner.  Biden’s dad was a car salesman.  You could attribute Biden’s 1988 antics to mental illness or stupidity.  Or even laziness. (If he reviewed the copy, you would have hoped he would have caught the “my dad, the coal miner” line.)  We all know how that turned out for Joe Biden.

The email was likely written by a staffer trying to fire up Harris supporters.  It’s very unlikely Harris wrote it himself.  Should this be taken as a lie on Harris’ part?  NO.

Was there an attempt by Brannon to mislead anyone?  NO.  Paul and Brannon pretty much agree on the issues right down the line.  (Brannon has been making speeches all over North Carolina with the Tea Party since 2009 — spelling out these same positions.)

Brannon’s web site did not attempt to portray him as an eye doctor from Kentucky who also happens to be the son of a Texas congressman and presidential candidate.

Rand Paul hired a consulting group to produce a web site for his 2010 campaign.  Greg Brannon has apparently hired the same group — or some subset of that group — to produce a web site or him.  Rand Paul has endorsed Brannon, and has even sent out fundraising appeals on behalf of Brannon.   I would be willing to bet that Paul has little to no objection to Brannon using words crafted by their shared consultant.  So, where’s the problem?

Time to move on.