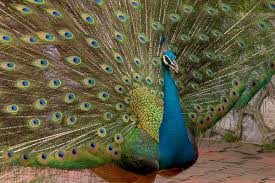 Got a flat tire?  *Man, if the Democrats still controlled the legislature, that nail would NEVER have been in the road.*   These days,  the remnants of North Carolina’s mainstream media — and many RINOs — will attempt to pin ANYONE’S misfortune on the Republican-led legislature in Raleigh.

I was disappointed to see Jim Morrill of McClatchy-Charlotte– normally a very good writer — let his latest work stray into that territory:

Peacock said McCrory, the Republican governor and former Charlotte mayor, often came up when he talked to voters – and usually, not in a positive way.

“What they would ask me is, ‘Are you going to be another Pat McCrory?’” Peacock said. “I do think it was a contributory factor. This was the anti- McCrory, anti-legislature sentiment.”

I think the real answer for Peacock’s defeat lie in this earlier dispatch from Morrill:

Running for Congress last year, Peacock was the only one of 10 Republican candidates in the 9th District to publicly oppose an amendment to ban gay marriage. A self-described pragmatist, he said the amendment would be bad for business.

On the City Council, Peacock generally worked well with colleagues of both parties. Like former GOP Mayor Pat McCrory, he finds his strongest critics among conservative Republicans.

Republican Dennis Peterson, an at-large candidate and former tea party leader, says while he supports Peacock, “There are a lot of social conservatives … that don’t appreciate some of Edwin’s more socially liberal positions.

“I would not be surprised if there were people that didn’t turn out … or chose not to vote on that race.”

McCrory was a popular mayor re-elected seven times by big margins. But since being elected governor a year ago, his approval ratings have continued to fall.

In September, only 35 percent of state voters approved of his performance, according to Public Policy Polling, a Democratic-leaning firm. The GOP-controlled General Assembly had 24 percent approval.

There’s no question that many Charlotteans objected to GOP legislation this year.

A Charlotte Observer poll in May, for example, found that, by a 3-1 margin, Charlotte voters wanted the city to keep control over Charlotte Douglas International Airport. Legislators transferred control first to an authority and then a commission, though the matter is now in court.

Another poll found only 16 percent of Charlotte voters supported an airport authority. “Moral Monday” protests over issues such as abortion and voting also drew scores of Charlotteans to Raleigh in the spring and summer.

Peacock sought to distance himself from unpopular decisions in Raleigh. He often said he was his own man and promised to “end the bickering” between city and state officials.

At a Tuesday Morning Breakfast Forum last month, Ken Koontz asked Peacock whether he was “going to morph into Pat McCrory.”

Pat McCrory was also the last GOP mayor for the city. So, it would be logical for folks — since they were familiar with Mayor Pat — to seek a comparison.  MORE:

On the day before the election, Peacock spoke to students at Providence High School. A girl asked him what his relationship was with the governor.

“Her question … was, ‘Are you going to be like Pat McCrory?’” Peacock said.

Peacock said Republican legislation turned off many North Carolina voters. Critics accused GOP lawmakers of making it harder to vote, tightening rules on abortion and turning away federal Medicaid money for the poor.

Add that to last year’s amendment banning same-sex marriage – which Peacock opposed but many Republicans supported – and Peacock said, “There’s nobody left to offend.”

Wow. An amendment approved 2-1 by state voters killed Peacock?  And we’re seriously going to pin this guy’s THIRD electoral loss in three years on the budget stalemate in Congress?  STRRRRRRRRETCHHHHHHHH.

In a city that has twice as many Democrats as Republicans, and where even unaffiliated voters outnumber Republicans, Peacock needed support from both groups.

“It very much complicated my fundraising and it complicated getting people engaged in our race,” he said. “People also were thinking more about party affiliation than they ever have.”

In reality, it looks like the only difference between the two candidates for Charlotte mayor was skin tone and the letter after their names.

The Pat McCrory strategy appears to have always been self-preservation first, and party-building a distant second. (Most recently, we saw it in play in the 2012 elections.  While he was racking up big numbers and raking in cash against Walter Dalton, his campaign did practically nothing to help down-ballot Republicans. )

As mayor, he started off with a lot of GOP help on council.  He kept getting bigger re-elect numbers, but the Democrats kept making gains.  Pat inherited quite a GOP foothold in the city, but left his party in shambles and the Democrats with an incredible beachhead with room to grow.

Charlotte is maintaining its title as the highest taxed municipality in the state.  Violent crime is exploding in The Queen City.

About a year ago, the former city manager told the council that Charlotte was a city in decline.The consumers were overwhelming the producers.  People with means were moving outside the city limits.

Instead of providing leadership and creative conservative reforms like Republicans Bret Schundler did in Jersey City and Rudy Giuliani did in New York, Edwin Peacock decided to take the easier ‘Me Too’ path.  And earn his third election defeat in three years.

3 thoughts on “The Crash of The Peacock: Me-Too Republicanism flops in Charlotte”