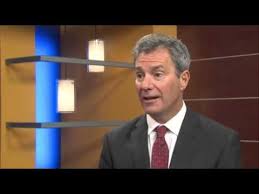 Republican US Senate candidate Greg Brannon had quite a Tuesday.  He was a guest on Glenn Beck’s national radio program, and received quite a bit of flattering praise from the host himself.    What started off as a great day ended with a jury verdict in a civil case that shocked and surprised Brannon and just about everyone else who closely watched the courtroom proceedings.

The media: If you knew nothing about Brannon’s court case but what you read in The N&O and watched on WRAL, you probably came away with the impression that Brannon robbed these people at gunpoint, got arrested by the police, and was facing jail time. It’s tough to cover court cases in short newspaper stories or 30 second videos.  The media regularly reports things that are not heard by the jury.  They also regularly omit important facts the jury heard.

Jurors also get specific instructions from the judge about how to evaluate the case.  The question is not always as clean as “Did Mr.X shoot Mr. Y?”  Jurors have to determine whether a number of specific conditions were met in courtroom testimony.

I am a former journalist who has covered more than his fair share of court cases.  I’ve seen a lot of criminal AND civil proceedings.  Criminal cases involve specific charges leveled by law enforcement and state prosecutors against an individual.  Civil proceedings are attempts to settle disagreements between parties to contractual agreements.  Divorces, slip-and-fall, liability and malpractice are examples of things you see in the civil arena.   One side is trying to get the other side to take responsibility for something.

The media has tried to cover this the same way it does a criminal case. In civil cases, it is not a matter of guilt or innocence.  The court and the jury are merely acting as a referee in a dispute.

Mistakes:  I see two key errors Brannon made in this whole affair. One was passing along second and third-hand information involving other people’s money. The other was not testifying in his own defense.  Personal testimony is more important in civil cases than it is in criminal cases.  In criminal cases, the burden is on the state to prove you are guilty.  You also have fifth amendment protections.  In civil cases, the court is refereeing an argument.  The other side is attempting to make you look really bad.  If you don’t speak up and rebut the other side, you don’t give the court much to chew on.

The main — and pretty much, only – piece of evidence was an email Brannon sent passing along information someone else told him.

I checked in to why Brannon did not testify.  A pro-Brannon source in the courtroom told me there were two reasons: (1) they seriously thought the case had no merit and was going to be tossed, and (2) they worried about the plaintiff’s attorney trying to embarrass Brannon in front of the media in the courtroom.

Brannon is a skilled orator.  I think he could have handled himself well on the stand. He could have told the jury about how he lost money like everyone else in the deal did.  Brannon could have also testified about how he felt so bad his friends lost money in the deal that he offered to cash in his 401K to cover their losses.  (The former friends — now plaintiffs — reportedly refused the offer, according to court documents.)

If you think getting on the stand is fraught with risk, wait until things come down to the wire in this campaign.

The other co-defendant got off the hook because he plausibly testified that the complaint had no merit.  Brannon could have done the same if he had stepped forward.

Brannon did not get popped for fraud, like so many trolls out there are trying to suggest.  The plaintiffs wanted someone to reimburse them for their investment, and the court determined — rightly or wrongly — that it is up to Brannon to do so.

The Fallout:  Lawsuits, arbitration and mediations are a staple of doing business.  There are a lot of lawyers out there looking to get paid.  (All of those commercials during the morning news shows are testimony to that.) The deeper your pockets are — and the more prominent you are — the more likely you are to get sued.

This case was basically a spat between old friends that spiraled out of control and went public.   Most suits don’t get this kind of publicity. They tend to get quietly settled before they hit the courtroom and the media. Wal-Mart has been sued A LOT.  Your family doctor has likely been sued.  Your insurance company has likely been sued.  Have those facts stopped you from doing business with any of them?

Brannon has described himself as ‘shocked’ by the verdict — promising to fight it on appeal and clear his name.  That will likely take a year or so.  In the meantime, no money will change hands.  No one will be publicly hanged or tarred-and-feathered. Life, and the Senate campaign, will go on.