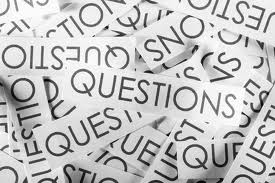 Political opponents have been giggling and gloating over a Wake County jury’s decision in a business dispute involving Republican US Senate candidate Greg Brannon.  Brannon’s co-defendant in the civil suit — who was cleared by the jury — took to the media to raise questions about the trial’s conclusion.  He offered details of how the judge reportedly kept scores of pieces of evidence helpful to Brannon’s argument away from the jury.  He also revealed some rather unusual responses by the judge to jury questions.

Well, it appears Christian Hine over at Pundit House has found some more disturbing information about the judge in the case:

A jury verdict on February 18, 2014 found US Senate Candidate Greg Brannon liable for giving “misleading or false information in 2010 to investors regarding a mobile application being developed by Neogence Enterprises, a now-defunct tech company he helped start.”

As a result, Superior Court Judge Bryan Collins, who presided over the case, found Brannon must reimburse the two investors who were plaintiffs in the case over $450,000.

There is controversy sounding the merits of the case, and Brannon is appealing the ruling.

But who is Judge Bryan Collins?

According to Judgepedia.com, “Collins is a superior court judge for the 10th Judicial District of the Third Division of the Superior Court, serving Wake County in North Carolina. Collins began his legal career as an attorney in private practice from 1985 to 2005. In 2005, he became the Public Defender for Wake County. He was then elected a superior court judge in 2012 and his current term expires in 2020.”

According to a November 6, 2012 article in the Raleigh News and Observer, “Collins, 52, said he was approached last year by Don Stephens, Wake County’s senior resident Superior Court judge, about running for judge. So, late last year, he moved from his condominium in downtown Raleigh to an apartment in North Raleigh just so he could run in the newly created District 10E.”

Collins is a registered Democrat.

By conducting an FEC search for political campaign contributions, we see that a Bryan Collins in Raleigh who listed his occupation as Public Defender contributed the sum of $500 to the Hagan Senate Committee in 2008.

I’m no lawyer, and I can’t possibly pretend to understand all the technicalities of impartiality.  That said, does anyone think it smells a little funny that a Judge known to support one candidate for office would be allowed to try a case involving that candidate’s potential future opposition?

It’s hard to argue — with a straight face — that the judge was not aware of who Brannon is.  He’s been all over the papers and the Internet.  Sources in the courtroom tell me that, during jury selection, jurors were asked if they were aware of Brannon’s campaign for the US Senate.