We’ve had that rotund, jheri-curled oaf Bill Barber out there for months hollering about the white Republicans on Jones Street.  Kay Hagan took Cory Booker — the New Jersey Democrat who also happens to be  black AND a member of the US Senate — to some predominantly black churches in The Triangle Sunday.    With Obama not on the ballot, Democrats are concerned about turnout by these very dependable, very loyal Democrat voters. Senator Sock Puppet™ and her friend from New Jersey were there, I’m sure, to remind these folks how *good* they’ve got it on the liberal plantation. 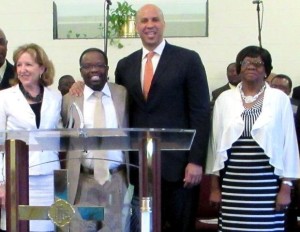 Unless you’ve been hiding under a rock, you know that Hagan is locked in a tight reelection fight with Republican nominee and state House speaker Thom Tillis.  Now, it looks like the opposition research crowd at the DNC have decided to jump on in to the effort to paint the GOP nominee as a racist:

State House Speaker Thom Tillis (R-NC), the Republican nominee for U.S. Senate in North Carolina, said that the “traditional” voting bloc of his home state wasn’t growing like minority populations in an interview he did in 2012.

In that interview with the Carolina Business Review, Tillis, who is running to defeat incumbent Sen. Kay Hagan (D-NC), was asked what he thought of Hispanics not supporting Republicans.

“When you see all of these things that have transpired, what do you think about?” Carolina Business Review host Chris William asked Tillis.

In response, Tillis said that the answer had more to do with “demographics of the country.”

“If you take a look, you mentioned the Hispanic population — the African American population, there’s a number of things that our party stands for that they embrace,” Tillis said. He went on to say that Republican need to do a better job reaching out to minority voters. Tillis then said that unlike the Hispanic or black populations, which have been growing, the “traditional population of North Carolina and the United States is more or less stable.” […] 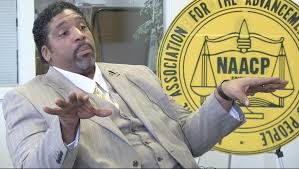 <face palm>   We’ve got problems with Tillis — but “racism” is not one of them. We’ve seen no evidence that it’s a legitimate line of attack. Republicans need to learn that the media desires public embarrassment of Republicans.  That’s what the pointed questions about women’s health and race are all about. They are DYING to get a GOP standard-bearer on tape saying something that sounds relatively stupid or bigoted (See Akin, Todd and Mourdock, Richard).  GOP candidates need to learn to recognize the trap and RUN AWAY from those subjects when they pop up in interviews.

Hagan and the Democrats want to talk about ANYTHING but ObamaCare and its destructive effect on our economy.  Let’s see if the Republicans and the Tillis campaign let them get away with it.

4 thoughts on “#NCSEN: Pulling out the race card”