You can always tell who the frontrunner in a race is by looking at who all the others are taking shots at.  Pat McCrory, Congressman Ted Budd, and former congressman Mark Walker are the frontrunners in the race.  Judging from the latest reports, Budd appears to be on top of the pile:

Former President Donald Trump’s endorsement has Rep. Ted Budd playing defense in North Carolina’s GOP Senate primary, as opponents accuse him of benefiting from a bankruptcy that cost farmers millions and being beholden to a conservative political action committee.

McCrory argues Democrats would have ample lines of attack on an opponent he views as less electable. Walker, meanwhile, is competing for the Trump base and positioning himself as the candidate least subject to the demands of outside interest groups.

Some of the criticism leveled at Budd centers on the 2000 bankruptcy of an agricultural company led by his father that, according to federal documents, led to hundreds of farmers around the country not receiving the full amount they were owed for millions of dollars in seed.

A document Budd’s campaign provided to The Associated Press shows Budd was listed among several family members as a “borrower” on a $10 million short-term loan Budd’s father provided to the company, AgriBioTech. Months after the company paid the loan back to Budd’s father, it declared bankruptcy, leaving many farmers unable to recoup all their losses.

In his most extensive comments yet on the bankruptcy, the congressman told the AP in an interview at a Mount Airy event that he did not have an operational role within AgriBioTech and did not personally receive any assets that would have otherwise gone to farmers.

“I was on the outside looking in and just wanted to help the family at the time,” Budd said. “We took the best legal advice we could at the time. It’s a tough situation when you try to help others. It’s kind of a good Samaritan case where you help and make it better, but it’s not as good as it should have been. You never want anybody to go through what anybody did in that case. It was a tough deal all around.”

Jonathan Felts, a senior advisor to the Budd campaign, said that the congressman’s work at the time amounted to unloading delivery trucks for Budd Seed, one of 34 companies AgriBioTech bought in the late 1990s. Felts said the congressman never worked at AgriBioTech.

In a separate one-on-one interview at the same Mount Airy event, McCrory attacked Budd over the loan he helped his father secure, which was first reported by The Washington Post.

McCrory said Budd and his father “ripped off a lot of farmers in tens of millions of dollars. They tried to hide money. That’s called fraud.”

Richard Budd, Ted’s father, responded in a statement saying that his family lost money they invested in the company.

“I’m not sure what the former governor is referring to,” he wrote, adding, “The bank made some money off that deal, but I did not. I did my best to save ABT, but, in this case, my best was not enough.”  […]

How did a man this stupid get elected governor?

How is collecting a debt owed to you “ripping” somebody off?  If the company went bankrupt, it likely had more debts / problems than just the Budds.  It looks like the Budds got smart and collected what they could from the troubled company.  The Budds lost money on the whole deal.  They could have lost more if the troubled company had tried to use the Budds’ money to deal with other debts.  It sounds like farmers were playing with fire if they dealt with this troubled company.  The company’s business troubles and bad business practices are not the problem of the Budd family, who were apparently mere investors.  Nothing to see here.  Move on:

[…] Walker, a former Greensboro-area congressman, accused Budd of being too cozy with Club for Growth Action, a Washington, D.C. political action committee that plans to spend at least $10 million to boost Budd. The group has already put in $3 million to attack McCrory and make Republicans aware of Trump’s endorsement.

“Unlike one of my other candidates, I don’t have a D.C. Super PAC underwriting my campaign,” Walker said.[….]

But Walker HAS had a convicted felon funding his campaign.  In the FBI report supporting the Robin Hayes indictment, a certain “Public Official A” was called out for taking mucho dinero from now-felon Greg Lindberg in exchange for making a phone call to get a state employee fired.  Walker later admitted he was ‘Public Official A’, but a Walker flack said the Lindberg money went to the Walker campaign and not TO the congressman. 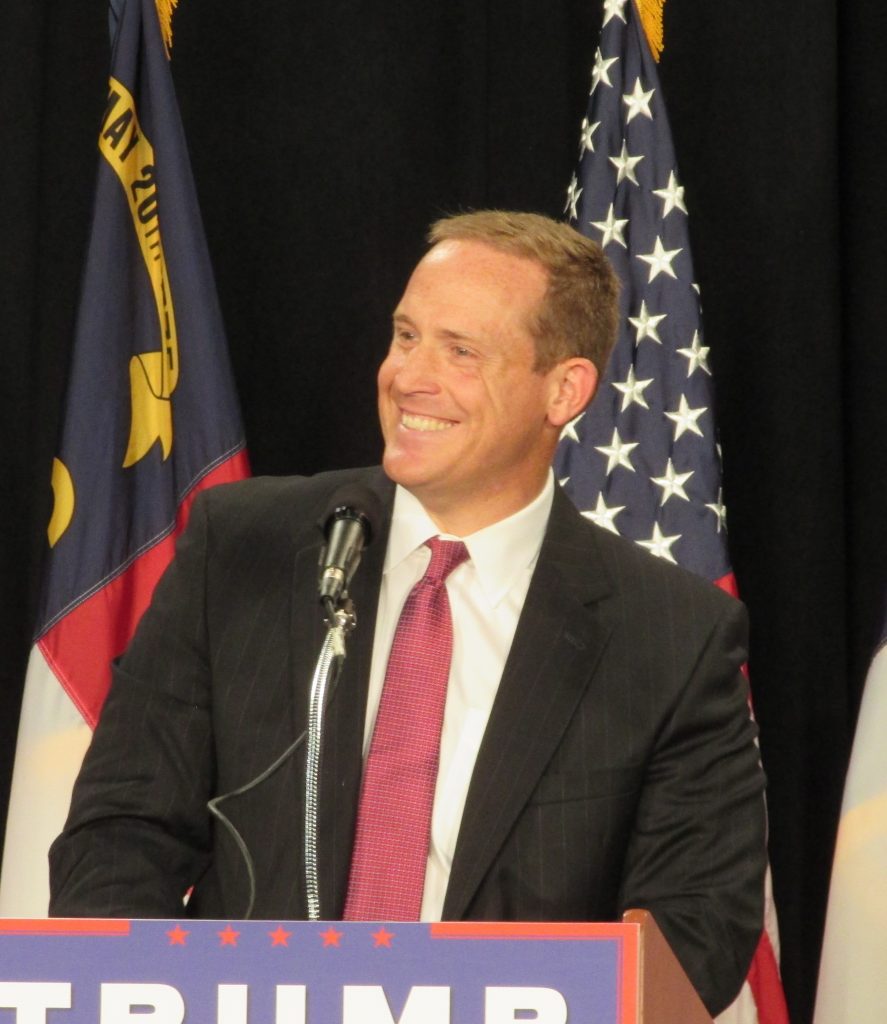 So,  it’s mighty strange — quite hypocritical if you will — to question someone else’s ethics when yours are not so hot.

“Look, I can’t coordinate with them legally, so that’s up to them,” Budd said. “They interviewed me in 2016. They asked me a lot of hard questions. They wanted to know what I believed in. It’s not me working to get the donations. It’s me being who I am, and, outside groups, some folks like that.”

Doug Heye, a North Carolina native and former Republican National Committee communications director who considers the primary wide open, said any of the candidates would have gladly accepted the money.

“Any candidate who doesn’t get that kind of support is going to be critical of it, but they’d all take it,” Heye said. “That’s just the political reality.”

FYI — Heye grew up in the Winston-Salem area.

[…] Budd called Trump’s endorsement “hugely helpful” and urged voters to look past any personality concerns they might have about the former president.

“People have got to figure out what they want (and) if they like those America-strong policies,” Budd said. “If they like America weak and chaotic, well, they’ve got other choices.”

3 thoughts on “#ncsen: Opponents turn their fire on Budd”