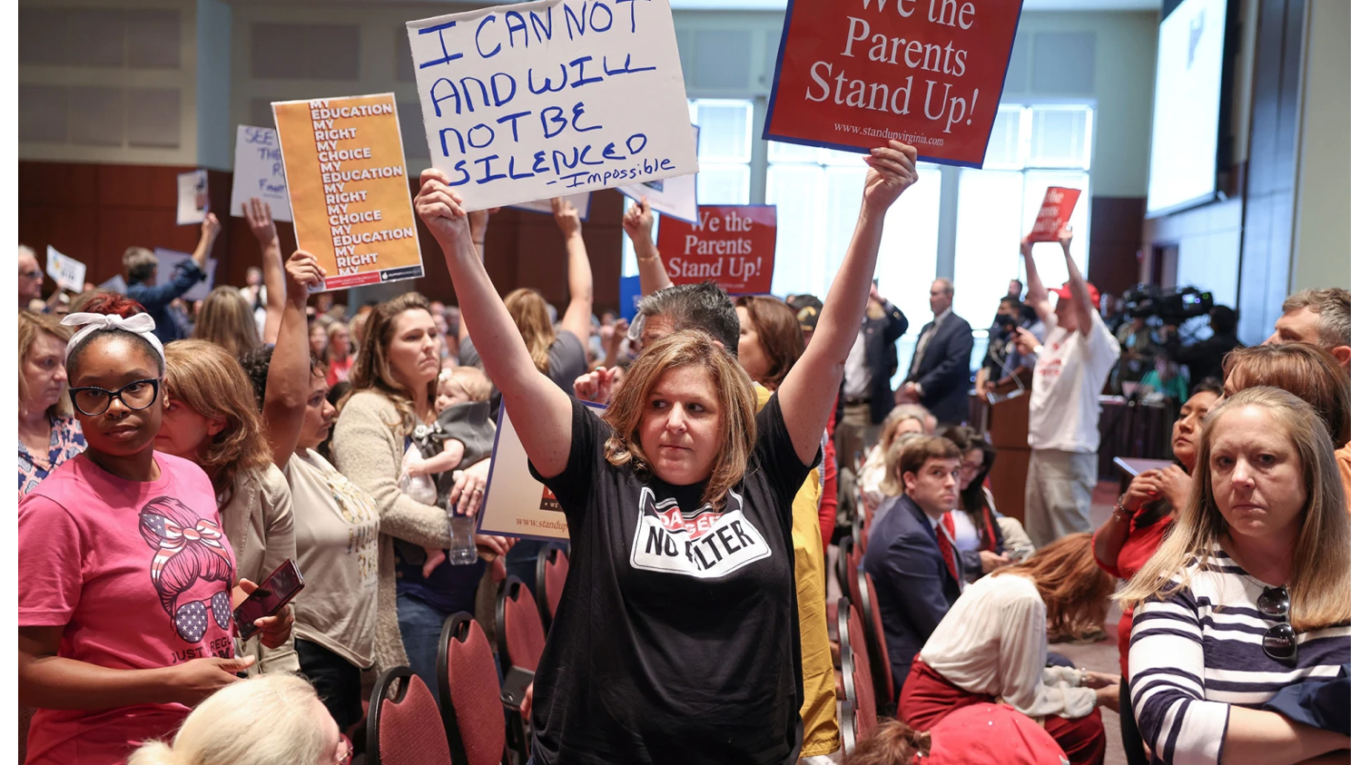 Here in Moore County,  the edu-crats have called out the “school police” — yep, seriously — to guard their meetings.  The SBI has also been called in to investigate a “threatening” message left on the school system’s HR department voice mail.

Our superintendent is also known for sending out “concerned parents” — (aka “screaming mommies”) — to yell at the county commissioners when he feels like he needs more money.

The state school board association has asked state authorities to step in and crack down on rowdiness at board meetings.  The national association has also appealed for the same thing to the Biden administration.

US Attorney General Garland Merrick has now re-tasked the FBI to investigate parents who are really concerned about what their ‘rug-rats’ are being taught during the school day.  (Never mind all of the Antifa and BLM cockroaches who rioted in and burned down Raleigh, Portland, Seattle and other cities across the country. )

I’ve got a simple solution to all this — one that should quickly calm things down.  Run for the board with a clear-cut platform.  If you get elected, vote in accordance with what you said on the campaign trail.  Also, you and your fellow board members should be telling the superintendent and his / her cronies what to do.  (NOT the other way around.) 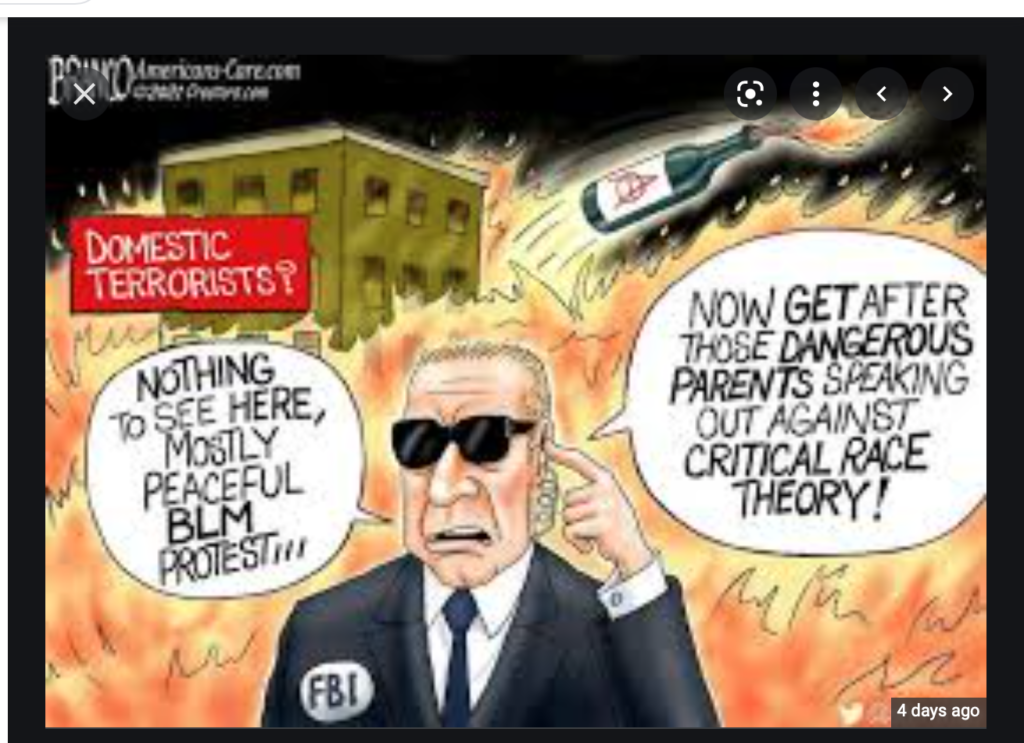 The edu-crats have brought ALL of this anger down on themselves.  Parents are tired of being lied to and treated like mushrooms.  They can’t get honest answers to their questions. What’s left of the drive-by media won’t demand answers to the important questions out there.  These board members want their votes every 2 to 4 years.  Then, they want the parents to GO AWAY.  Stuff that goes against the families’ moral codes or religious faith is taught full-bore during the school day with OUR money.  The boards hide stuff (or pretty much lie) from the parents, and act very surprised when the anger bubbles to the surface.

Now, I don’t usually give “Granny Vee” — aka Rep. Virginia Foxx — ‘ attagirls’, but I’m tossing one her way now:

“I am shocked and appalled to see a President cave to terrorists overseas then threaten innocent American families seeking to better their children’s education under the guise of fighting ‘domestic terrorism.’ Democrats have been saying, for years, that they do not trust parents to raise their own children. This dystopian move by the Attorney General is an escalation of that noxious belief.

“Harassment, violence, and threats of violence are never the answer, and anyone breaking the law should be investigated and prosecuted. However, our children’s education is worth defending, and using federal law enforcement to stamp out legitimate and passionate differences of opinion is un-American. Racism and misinformation are worth fighting against. That is what concerned parents are showing up to school board meetings and saying, that they refuse to rear their children in the ugly belief that race determines whether they will be victims or victors in this world. Mr. President, if anyone is a threat to the public’s safety and well-being, it’s not parents – it’s you.” […]