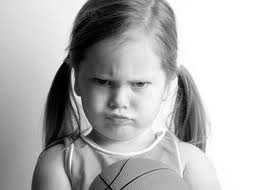 Don’t you love hearing filthy rich people like Diane Feinstein, Jay Rockefeller, and any of the Kennedys raging about the evil rich? Lefties are famous for criticizing, harrassing and belittling the rest of us for stuff they do routinely.

Feminists love to trot out this pay inequity theme — that people purposely pay women a lot less than men.  They arrive at this conclusion by computing average salaries of men and comparing them to average salaries for women.  Never mind that — in a lot of cases — women take time off from work to

have and raise children.  Women are also more likely to start work later in life than men because they’ve stayed home to take care of the kids.  You’re more likely to be paid more if you are in a field for an extended, uninterrupted period of time.

Kay Hagan is a proud member of the mealy-mouthed hypocritical leftist mob.  She joins Barbara Boxer and Babs Mikulski to rough up men-folk whenever the political opportunity arrives. In case you didn’t know, she is currently running for reelection with personal favorability numbers worse than those of chlamydia.  Here is a sample of some of her latest screeching: 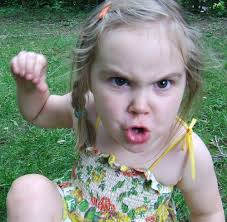 U.S. Senator Kay Hagan released the following statement today, Equal Pay Day, urging her colleagues to support the Paycheck Fairness Act, which the Senate is considering this week. Hagan is an original cosponsor of the legislation that would help ensure that women in North Carolina and around the country receive equal pay for equal work:

“Women in North Carolina and nationwide deserve equal pay for equal work. Women are an integral part of our workforce and our economy, yet they continue to earn less than their male counterparts doing the same jobs. In the year 2014, this is simply unacceptable.

“In today’s tough economic landscape, equal pay is about more than just principle; it is about ensuring an economically sound future for all of our families. With more and more women becoming their family’s primary breadwinner or significant income contributor, every penny matters for their bottom lines.

I guess all that claptrap doesn’t apply to the ladies working on Miz Hagan’s senatorial staff.  The good folks at The Washington Free Beacon have found that our “holier-than-thou” junior senator pays her male staffers, on average, $15,343 more than her female staffers.

You didn’t think all of those onerous, lunatic rules and regulations she fights for and votes for every day in DC actually apply to her, did you?

6 thoughts on “#NCSEN: Hagan rages against gender gap in pay, but pays her BOYS much more than her GIRLS”