I swear, I truly believe this year’s Senate race will set a new world record for face-palms and the use of the #smh hashtag.

The Republican establishment is running like mad from the golden opportunity the Democrats are handing them.  The Democrats OWN the ObamaCare disaster and this disastrous economy.  Yet, the GOP establishment — instead of taking advantage of the opening – is going along with preserving ObamaCare, growing government, increasing the debt, and weakening immigration laws. Neither of the two major national parties has a great record to run on.  But the Democrats appear to be betting everything on the tried-and-true idea of ginning up turnout among their most reliable voters by race-baiting.

Personally, I have little use for the NBA.  I will concede that the Clippers owner is a complete dirtbag.  But I am dismayed at how the lefties are practicing the same tactics in this case they condemned in their attacks on Senator Joseph McCarthy and the UNC speaker ban. The guy said some inartful and inappropriate things in a private phone conversation with his mistress. The lefties went b@t$*&t crazy and the establishment scrambled to appease them.  The owner was banned from the league, and efforts are underway to take his team away from him. 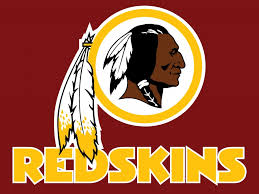 The idea of taking someone’s property from them over statements they made is absolutely frightening. (He didn’t go out in public and make a speech.  He got surreptitiously recorded during a private phone conversation.)  Let the Clippers owner suffer at the hands of the market and the sports-following public.  The response by the NBA and the left is like something you’d expect from a tin-pot Marxist banana republic.  (I see the lynch mob is now trying to take down Spurs owner Mark Cuban in a similar manner.)

Democrats are sensing an opening, based on the response from low-information voters to the legacy media’s feeding frenzy.  Fifty Democrat senators signed a letter to the owner of The Washington Redskins demanding he — in the wake of the Clippers brouhaha — change his team’s name:

[…] “We urge the N.F.L. to formally support a name change for the Washington football team,” the letter read.

Sen. Maria Cantwell (D-Wash.) circulated the letter, which was signed by half of the members of the Senate, including Majority Leader Harry Reid (D-Nev.). The letter was only circulated among Democrats. The letter to Goodell marked the most significant congressional endorsement of a name change to date.

The senators said the team name is offensive to Native Americans and served as a “racial slur.”

“The N.F.L. can no longer ignore this and perpetuate the use of this name as anything but what it is: a racial slur,” the letter read.

The senators urged Goodell to follow the lead of NBA Commissioner Adam Silver, who recently banned Los Angeles Clippers owner Donald Sterling from the league over his statements on race.

“Today, we urge you and the National Football League to send the same clear message as the NBA did: that racism and bigotry have no place in professional sports,” the letter read. “It’s time for the NFL to endorse a name change for the Washington, D.C. football team. […]

Hmm. Going after the Redskins’ owner for something some NBA owner said on a private phone conversation is a lot like attacking Kay Hagan — affectionately known throughout The Tar Heel State as Chuck Schumer’s Sock Puppet™ — for the sordid record of  fellow Democrat Al Sharpton, who we see has stepped in it again.

We got a look at this asinine letter sent to the NFL by the senators.  Of course, Kay Hagan’s signature was on the letter.  Let’s analyze the, um, “wisdom” of this strategy.

First, the Redskins are arguably the most popular pro football team in the state behind the Panthers. Second, there is little to no evidence that a significant number of Native Americans — especially those living in North Carolina —  are bothered by the Washington team’s name:

The ongoing controversy over the name of the NFL’s Washington Redskins doesn’t provoke much anger in Robeson County, despite its population that is about 40 percent Lumbee Indian.

Instead of outrage, many interviewed for this story expressed their support for the team, calling themselves fans.

For decades, it has been argued by certain American Indian groups, civil rights organizations and even lawmakers that the name Redskins should be changed. Some Indian groups say the term is racist, a derogatory epithet that perpetuates stereotypes that demean American Indians.

“The term Redskin doesn’t bother me as long as it’s used in good taste,” he said.

“I have no problem with it,” Harris said. “I can’t say anything against the Redskins anyway. My father was a big fan.”