We reported about an “interesting” real estate deal involving Senate candidate Thom Tillis and some high-dollar donors to his campaign.  Now, we’ve come across something suggesting US Senator Kay Hagan’s brother-in-law may have enriched himself thanks to some insider, crony-capitalism connections.

George Hartzman, a Greensboro area blogger, first reported this story in 2013. According to Hartzman,  it seems that David Hagan –  a Greensboro real estate broker and brother to Senator Hagan’s husband Chip — made a nice chunk of change for himself while serving on the board of a non-profit partnering with the city of Greensboro on the development of a performing arts center.

In the run-up to the project, the Community Foundation has been working with the city to buy up properties located in the area proposed for the new performing arts center:

Luckily or by connection, David is both the seller’s and buyer’s agent for a $1,241,000 real estate transaction between the Community Foundation (CFGG) and the seller of 125 Summit Avenue for the GPAC, while serving on the CFGG Board with Walker Sanders. 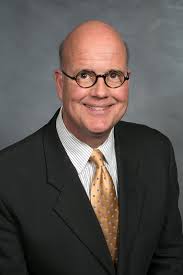 Hmmm.  Positioning yourself to take the full commission on a real estate deal where a group you preside over is one of the parties? Did Hagan take the cash, or did he donate it to the performing arts project or some other charity? Since it appears to involve taxpayer money, how many other realtors — not related to a sitting US senator from that city — got a shot at the deals?

For more, let’s go to the Clemmons Free Press from this time last year:

[…] Although Greensboro has several real-estate brokers on city staff, the job of negotiating and actually making land purchases was handed to a third party, CFGG, and in particular its president H. Walker Sanders. Neither CFGG nor Sanders had a visible financial incentive to fight tenaciously for the best deal possible because city council and/or city staff had relinquished fiduciary responsibility by allowing CFGG to serve as a full proxy in the purchasing process.

In the end, the city spent $11.5 million that was not factored in to the $60.5 million budget AMS had worked with. And because two of the parcels of land were purchased after the announcement of the acquisition first seven, the owners of a parking lot at 300/332 N. Elm Street were able to leverage their holdings and received $3.9 million for land with a tax appraisal value of $1.685 million.

But arguably the most egregious aspect of this obtuse arrangement was revealed during the aforementioned September 17th council meeting. Responding to a question from Greensboro mayoral candidate George Hartzman, City Manager Denise Turner-Roth sheepishly admitted that David Hagan—U.S. Senator Kay Hagan’s brother-in-law and member of the Board of Directors of CFGG—acted as the buyer’s agent for all nine deals.

In fact, Hagan must have also served as the seller’s agent for the lion’s share of the purchases. In what amounted to a “Friday night document dump,” the Greensboro News & Record posted an online story at 11:08 PM on September 20 that revealed Hagan earned a total of $586,000 in commissions on the $11.34 million spent for properties. That’s a commission rate of 5.16 percent; the most he could have earned in commissions would have been 6 percent (3 percent as buyer’s agent, 3 percent as seller’s agent).

While CFGG’s own policy defines an expectation of “financial gain or loss from a particular decision” of the foundation as a conflict of interest, it also provides an out: it can be done if it is disclosed “to the Board of Directors prior to consideration and action on that matter.”

Hagan may or may not have followed that procedure (the Free Press’ requests for documentation were not fulfilled as we went to press). But as Greensboro mayoral candidate Hartzman stated, “We have four real-estate brokers who work for the city of Greensboro. We had no reason to pay [those fees]. And he [Hagan] is serving on the board of the Community Foundation while he did that. It’s a complete conflict of interest. It should never have happened.”

Even more infuriating is the fact that if the city were making the purchase it could have used eminent domain and saved on the total price (which came in at 18 percent over tax appraisals). As a final insult, a little-known state statute stipulates that if a private party contributes at least half of the money funding a downtown project, the standard bidding regulations for construction and other contracts do not apply. Theoretically at least, CFGG might be able to hand out no-bid contracts because this deal has been rushed through with no agreement stipulating what specific role the city will play in major decisions regarding the center. […]