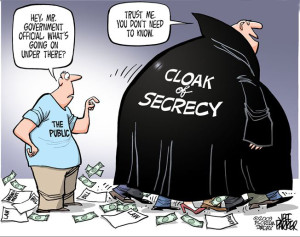 Haywood County is a quiet little place off the beaten path in western North Carolina.  But a lively group of grassroots activists is raising a ruckus that has the political establishment there absolutely rattled.

We heard previously about the county’s emergency management ordinance which gives the unelected county manager the power to declare a state of emergency and take complete control over all economic resources.  We’ve also heard about a controversy surrounding valuations for county property taxes.   Both matters were addressed by some county residents and some board members at the September 15th county commissioners meeting.

Property Taxes.  Our previous coverage noted that some Haywood residents were questioning significant increases in the valuation of their property.  They were told the valuations were done with the assistance of special maps.  Where are the maps?  They were on the county web site, but they’re gone now.  County leaders suggested that the maps took up too much room on the web server, so they were removed.  Anyone interested in hard copies, residents were told, could file a formal request with the county manager and pay hundreds of dollars per map.

Well, Haywood County GOP chairman Pat Carr addressed the commissioners on the 15th regarding this matter.  (See the first fifteen minutes of the linked video.)  She told commissioners that the party’s executive committee approved a resolution asking that the county put the maps back online, and that party leaders be given a digital copy of the maps.  Carr even went as far as to supply county board chairman Mark Swanger with a 16 GB flash drive to store the digital copies of the maps.

Chairman Swanger, a Democrat, yielded to commissioner Kevin Ensley, the board’s lone Republican, to respond to Carr.  Haywood County has a *neat* little policy written into its meeting agendas:

Citizens must sign up for public comment prior to 5:20 p.m. and are limited
to three (3) minutes. Audience members may not address the Board at any time
during deliberations unless recognized by the Chairman.

So, lowly peasants get three minutes.  Commissioners can fire back- without time limits — and peasants may not respond unless recognized by the chairman.  Want to take a stab at how often that happens?
Ensley took his time to lecture Carr, the chairman of his party:

Wow. Just — wow.
Swanger jumped back in and told Carr that, if anyone wants the maps, they can submit a request to the manager and pay some money.
Emergencies. Another resident addressed the commissioners about his concerns regarding the emergency

management ordinance.  The resident noted that the ordinance gives the manager the right to dismiss any official during a state of emergency.  He wanted to know if that includes the county sheriff.
Swanger yielded to someone who — I believe — is the county attorney.  The (I think) attorney said the text of the ordinance has been approved by federal courts and “the folks in Raleigh and Chapel Hill.” (I assume he’s talking about the UNC Institute of Government.)
The attorney said the ordinance is supported by “The General Assembly’s Enabling Act.”  (I can’t find anything about a NCGA Enabling Act in Google.  I know some legislators and attorneys are regular readers of this site.  PLEASE chime and inform us peasants about exactly what the hell this guy is talking about.)
If federal courts and the General Assembly have really blessed giving full control over all economic resources to an unelected bureaucrat, I truly fear for the future of this country.
Chairman Swanger even threw in his two cents — claiming that presidents like Reagan and Bush (especially after Katrina, he noted) voiced support for ordinances exactly like what Haywood County has.

5 thoughts on “We are the government. We know better than you. Shut up. Sit down.”