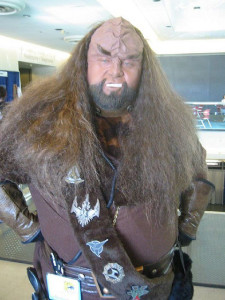 We’ve been hearing about efforts to get former state legislator John Rhodes qualified as a write-in candidate.  Now, it appears a Klingon-speaking former town councilman from Indian Trail is trying to get qualified as a write-in for the US Senate race.  David Waddell has a web site up — making a pitch to conservative and libertarian (and apparently Star Trek-loving) voters to write his name on to the ballot for US Senate in November.

Waddell resigned his town council seat with a letter written in the Klingon language.  We may get more communication from him in Klingon — so we are glad to provide you with a handy Klingon-to-English translation site. 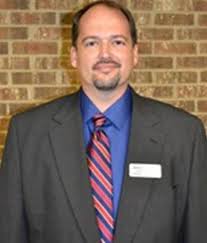 We here at Haymaker HQ are REALLY hoping to see a debate between Waddell and THIS GUY — Libertarian Party nominee Sean Haugh.  That would be a hell of a lot more interesting than the stage-managed consultant-scripted sound-bite crap we’ve seen in the debates so far.

Establishment heads from Murphy-to-Manteo are exploding over the very thought of the John Rhodes write-in effort.  Rhodes, this site, and a number of other grassroots entities have been accused of being fronts for Kay Hagan AND George Soros. * It is AMAZING how much passion there is out there for the guy who got into politics because he wanted the government to build a bike trail, and has chairing the Republican Senatorial Campaign Committee as his number one agenda item once he gets to DC.*

It’s not enough to simply replace Hagan. It’s most important to ensure the right ideas are being pushed in DC. It’s pointless to replace a leftist Democrat with a Republican who enjoys “governing” way too much.  The GOP OWNED DC from 2001 to 2007, and government and spending exploded.

We think the entry of Rhodes — and anyone else — into the race is a healthy exercise of the democratic process.  Hopefully, Rhodes — and maybe Haugh and the Klingon — will help Speaker Thom come back from the Dark Side and discover the beauty of limited government. There’s a lot of time.

2 thoughts on “#NCSEN: A Klingon tries to make it a Five-some”