The drive by media is beating us over the head with polls.  One of the best ways to see how valuable — or not — that polling data happens to be is to study the recent past.  We had a Senate race in 2014 where an incumbent, albeit a Democrat, was knocked off.

Here in 2016, let’s look at polling from 10/20 to NOW.  There are two showing leads for Democrat challenger Deborah Ross (+1 and +3).  There are TWO showing a tie, and FOUR showing incumbent Richard Burr with leads between 1 and 6 points. (The two most recent show a lead of 4 points for Burr and a TIE.)  On the face of it, that all looks pretty good for Team Burr.

The average of the poll results has the incumbent Burr up by 1.0%. 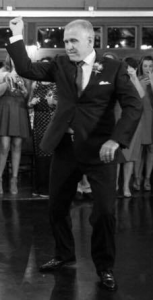 at the polling from about 10/20 to election day. There were TWO ties.  Seven of the eight final polls had Hagan leading Tillis.  (Leads ranged from 1 to 4 points.)  One poll, something called Harper, was the ONLY ONE in the election crunch time to pick Tillis as the winner. (I don’t believe we’ve heard from them on this year’s race.)

If there’s one thing 2014 taught us it’s this:  Taking the polls as gospel just might break your heart on Election Eve.

Stuff like this makes me even more of a believer in my consultant friends’s claims that polling — in today’s climate — doesn’t mean JACK.