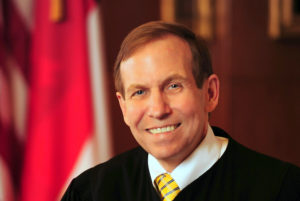 In addition to picking a Member of Congress on Tuesday, we get to pick ONE candidate to compete for ONE seat on the state Supreme Court in November.  The top two finishers in the field get to compete again on the November ballot. Here’s our field:

10 thoughts on “#ncpol: Now, about THAT Supreme Court vote”