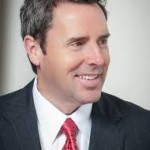 Thom The Therrible showed his cards on amnesty the other day.  Is Congressman Mark Walker signaling his intent to join Thom Tilli$$$  on that perilous journey?:

“Well we’ve got to get off that talking point, and we’ve got to talk about long term how do we resolve some of these immigration issues.”

Walker said he expects the GOP to move quickly this year on border security legislation but that after that, hopefully sometime this spring, the conference can begin working toward a plan that addresses the undocumented and things like how to deal with the children of undocumented immigrants who were born in the United States.