The N&O slipped up and actually did some decent reporting:

While Democratic Gov. Roy Cooper is expected to clash with the Republican-controlled General Assembly over the next several months, he has two other political challenges:

Most of the state is Pat McCrory territory, geographically speaking.

And North Carolina is becoming increasingly difficult to govern because it is split into two halves divided along geographic, racial, education and income lines.

That’s the analysis of county voting results in the November election by Joseph Keefer, a Chapel Hill consultant who does quantitative research.

He defeated one-term Republican incumbent McCrory in all of the seven most populous counties — a combined 63 percent to 37 percentage margin. That’s Mecklenburg, Wake, Guilford, Forsyth, Cumberland, Durham and Buncombe counties.

McCrory defeated Cooper by 58 percent to 42 percent in the remaining 93 counties combined, where Cooper’s performance was low even in counties 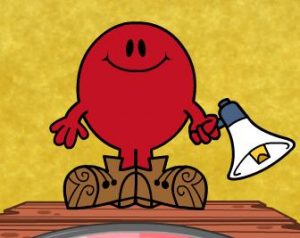 with relatively large populations. Keefer says that could indicate more of a “mega-counties versus the rest of the state” dynamic than the traditional urban versus rural.

I know.  That last part sounds like the writer is suggesting the NCGOP has cornered the market on cross-burning dumbasses.  But the fact that Cooper lost 93 of 100 counties is breath-taking.  The areas Cooper was strongest in tend to attract people who are

new to the state. Unfortunately, the news they get typically comes from a filthy lying McClatchy publication or the equally dubious WRAL-TV.

These people haven’t been in-state long, and are getting “educated” by these leftist propagandists. The answer is not to turn hard left to pick these people up.  It’s not always safe to assume these counties are overwhelmingly liberal.  Granted, there are a lot of libs there.  But it looks like we just need to figure out how to pick off 10 to 15 thousand of them across seven counties.

The powers-that-be in the NCGOP, if they want the keys to Blount Street back, need to figure out a way to break through the wall of propaganda surrounding these counties with a little common sense.  You can start by actually standing for something, and pushing a solid, formal slate of ideas through the General Assembly.

I know this site has had some great success in Mecklenburg County.  We’ve even heard in recent months from some people claiming to be Thom and Susan Tillis’s neighbors in Mecklenburg.  Said one of those folks:

“Your site has been a God-send.  We’ve heard so little about [Tillis].  You don’t see him, it seems, unless he wants some money from you.  We’ve thought long and hard about taping a one hundred bill to his front door, so he’ll stay home more.”

Another alleged neighbor told us they have gone as far as printing out posts from this site and distributing them in mailboxes throughout the community.