The Raleigh establishment raved about Democrats Richard Moore and Janet Cowell during their respective tenures in the state treasurer’s office.  Current treasurer Dale Folwell has been quietly slaving away, during his short time in  office, to clean up the mess those two left him.

Folwell discovered a loophole that allows public officials, convicted of a crime while in office, to still draw their pension funds upon leaving office.  The treasurer is asking the honorables on Jones Street to shut that down post-haste.

We told you earlier about plans to put us deeper in debt.  Folwell is demanding public votes on any and all new borrowing lawmakers seek:

[…] The proposed draft, if passed by the North Carolina General Assembly in its current form, would allow the N.C. Department of Transportation to issue special indebtedness bonds of up to $3 billion over ten years for transportation projects. The bonds would be paid using money from the Highway Trust Fund, which is supported by fuel taxes.

“I’m not against more money for transportation nor am I opposed to the goals of those who support the proposed bonds,” said Folwell. “I’m against the issuance of any debt that does not meet my guiding principles. I think we need more transparency so that people can decide whether they want to take on more debt in this environment.”

Folwell’s principles are that any debt must be voter approved, all expenditures of the bond proceeds must be subject to the Strategic Transportation Investment Process and all borrowing must adhere to the state’s debt affordability limits.

The proposed additional debt is coming at a time when some are calling for the approval of $1.9 billion in school construction bonds. If the Build NC Bond Act passes along with bonds for school construction the combined state debt would more than double, including $1.8 billion in voter-approved Connect NC bonds that have yet to be issued.

“As the ‘keeper of the public purse,’ I’m in favor of making government simple and streamlining the process for efficiency’s sake,” said Folwell. “However, it’s important for the people to understand that this additional debt is being issued at a time when we have almost $50 billion in pension and health care liabilities.”[…]

There he goes again with that common sense stuff.

“[…] Blue Cross and Blue Shield of North Carolina (Blue Cross NC) has been directed to cut the Plan’s medical provider rates on major contracts being negotiated this year by at least 15 percent. […] 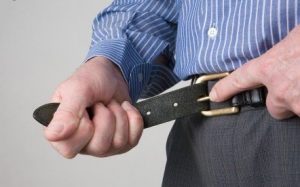 Blue Cross NC negotiates rates with health care providers to establish the cost of medical services from health care systems across the state. Potential savings for the plan could be close to $1 billion over the next three years.[…] ”

As for United HealthCare, Folwell and his team announced:

[…] that they have completed negotiations with UnitedHealthcare for 2019 rates to provide Medicare-eligible retirees with Group Medicare Advantage Plans.

Savings for the Plan, its members, and taxpayers will be approximately $55 million. Treasurer Folwell plans to use part of the savings to freeze and possibly lower family health care premiums for teachers, state employees and other public workers.[…]

Isn’t it nice to have an elected official fixing more problems than he’s creating?