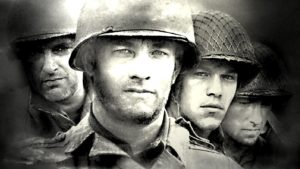 I have to be honest — the polling so far does not look good for our Republican governor.  It’s been a while since we’ve seen a survey showing him on top.  And those most recent two that did came from his buddies at Civitas.

Roy Cooper is one of the weakest sisters the Democrats have nominated for governor since Rufus Edmisten.  Yet, the crowd in that big house on Blount Street seems ready to simply hand over the keys to Do-Nuthin’ Roy.  So far, we’re seeing an incredibly weak reelection effort against in what really is a target-rich environment.

I’m about as far outside the McCrory inner circle as you can get, without being named Cooper.  But, to be honest, it will be a loooooong four to eight years with Governor Cooper. I’d like to see McCrory right his ship. Here are my thoughts on how to pull Pat’s chestnuts out of the fire:

Show us your plan. (What is Act II?):  McCrory ran for office the first time, and has governed, like he’s still the mayor of Charlotte.  The governor’s team is spending a lot of time touting how much more money they’ve dumped into the public education cesspool.  They’ve propped up Common Core.  They’ve poo-pooed the

size of tax cuts proposed over on Jones Street, and reluctantly went along with refusing the federal money for ObamaCare implementation.  They’re handing out grants left and right, and proposing spending plans larger than what the legislature is offering.

All of that projects an image of being the caretaker of the welfare state in Raleigh. In 2010 and 2012, the state’s voters sent a message loud and clear that they wanted fundamental change in the way the state works.  No more business as usual.

Instead of offering more business as usual, why not offer up some dramatic change?  A Contract With North Carolina.  A plan that the governor will push to fundamentally alter the way state government operates?

Tell us specifically what Pat McCrory believes in and WHAT he will fight for if we give him four more years in Raleigh.

Reach to your right.  It’s pretty obvious Pat McCrory is not a conservative-at-heart.  Anyone who watched him as

mayor of Charlotte could have told you that. But it can be argued that his current troubles are rooted primarily in the indifference or outright disgust many on the GOP’s right flank feel for him.  The grand, game-changing ideas have been coming mainly from Jones Street with the governor hemming-and-hawing over them, and eventually being dragged along. With a veto-proof majority in both chambers, it is really hard for conservatives to see why we need four more years of Pat McCrory.  Veto-proof majorities could very well just run right over Gov. Cooper.

Hanging out with Civitas a couple of times a year does not count as conservative outreach.  Their audience really doesn’t extend much outside of the beltline.  Make yourself available to grassroots groups outside of the Triangle.  Listen to and reach out to those folks. Do it at events that don’t require coughing up a big check.

Everything does not have to revolve around fundraising.  I’ve heard over and over — ad nauseous — about local party recommendations for state appointments being by-passed for the recommendations of establishment influence peddlers who wrote big checks.

Championing HB2 is a good first step. I’ve heard from many a conservative that HB2 is the only thing keeping them in the McCrory camp.  A good solid PLAN for a second term — championing a laundry list of serious conservative reforms — could really aid in solidifying the support of this important group.

SCREW the drive by media.   Who keeps advising the governor to go on Meet The Press and WRAL, or to talk to The N&O?

Team McCrory is way too concerned with being liked by the drive by media.  They made it clear in that whole BluePrintNC leak in 2012-2013 they intend to “eviscerate” and “cripple” McCrory.  Go AROUND them.  Most of North Carolina already does.  They are losing viewers and readers left and right.  Our site arguably has as much reach as The Charlotte Observer does.

There is a burgeoning conservative alternative media blossoming out there from Murphy to Manteo.  It encompasses talk radio, print, and even the blogosphere. Many of us are eager to help, if you GIVE US SOMETHING TO WORK WITH.

Define Roy Cooper.  Politics is a contact sport.  It’s pretty clear the ‘Peace and Love’ crowd on the left doesn’t mind putting on the pads and smacking our governor around.

Roy Cooper is even more of an empty suit than Walter Dalton was.  Look at how bad McCrory killed him.  From his time on Jones Street, to his time at the DOJ, Cooper has a really thin résumé. He’s had a talent for running up in front of the TV cameras after someone else in another agency has done all the hard work.  With the Duke lacrosse case — where he gets his biggest kudos — I hear his decision to jump in the fray had more to do with screwups at the crime lab than any concerns about the quality of the case.

Bring forward victims of crimes where suspects had to be released due to crime lab screwups.  Point out how Cooper has aided, encouraged, and abetted boycotts of the state.  Point out how his gubernatorial ambitions have put serving the people a distant second and cost the taxpayers a lot of extra money.  Point out how he was a loyal soldier for Tony Rand and Marc Basnight in the Senate as they raided the state treasury and regulated and taxed the people to near-death.

Teamwork.  Getting some more Republicans on the Council of State could help make a second term go a lot smoother, and build a lot of goodwill for Team McCrory.  In 2012, McCrory ran up a big lead over Walter Dalton.  Instead of using his popularity and bulging bank account to help out 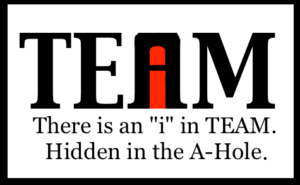 At campaign events, it can help to tell the gathering how important it will be for ol’ Pat to have help from Treasurer Dale Folwell, Lieutenant Governor Dan Forest, Attorney General Buck Newton, and Insurance Commissioner Mike Causey, Labor Commissioner Cherie Berry, and Agriculture Commissioner Steve Troxler.   A continued me-me-me attitude will likely result in a lot more me-me-me alone time over the next four years.