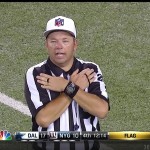 The riffraff with the pitchforks and flaming torches are at the front door.  What, oh what, is a good elitist to do?

The answer — at least for Saturday’s NCGOP powwow in High Point — is delay, delay, delay and run out the clock.

Sources tell me the game plan is to, first, hold a committee meeting dominated by a select group of establishment types / Jones Street & Blount Street cronies, et. al.  That group will come up with at least one major issue that will require tabling, adjournment, and a return at a later date to deal with it.  Hopefully, AFTER the March primary.

GOPe types — led by 2nd district GOP chairman Joyce Cotten — are beating the bushes and burning up the phone lines to turn out warm bodies sympathetic to their agenda:  (1) beating back a vote on firing David Lewis from the RNC, and (2) again delaying debate and a vote on the state party budget.

Lewis.  Sources tell us that Rep. Lewis and his inner circle are quite nervous about the prospect of a vote on Saturday.  Calling the natives restless is an

understatement.  Most observers don’t see how Lewis could survive a vote on continuing his service on the RNC.  I understand Lewis himself is privately admitting his discomfort with the possibility of a vote on him.

The budget.  Why is this a big deal?  Two reasons: (1) debating and voting on a budget would reveal that Dallas Woodhouse has failed miserably as a fundraiser, and (2) open a Pandora’s box of awkward questions about how money has been used at NCGOP HQ.

Woodhouse made big promises about what he could deliver in terms of $$$$ at the meeting where he was hired.  He hasn’t come close to meeting that figure.  This situation is reminiscent of Dallas bragging to the media about Carolina Rising’s “large, diverse donor body” which we found out later to be KARL ROVE.

If the GOPe succeeds on both of these matters, I believe things are really going to get LOUD and ROWDY.  Going to the mat to save Woodhouse and Lewis, while continuing to muddy the budget situation, is not a great strategy for rallying the base to rescue the party in November.