Uber-consultant Dee Stewart’s best friend EVER and alleged Republican, congressman Patrick McHenry, is sounding off in Washington media about his true feelings on ObamaCare:

that the Freedom Caucus’s calls for states to be able to apply for waivers to repeal pre-existing condition protections are “a bridge too far for our members.”

McHenry spoke in personal terms about the importance of keeping in place those Affordable Care Act (ACA) provisions, contained in Title I of the law.

“If you look at the key provisions of Title I, it affects a cross section of our conference based off of their experience and the stories they know from their constituents and their understanding of policy,” McHenry said.

“My family history is really bad, and so my understanding of the impact of insurance regs are real, and I believe I’m a conservative, so I look at this, understand the impact of regulation, but also the impact of really bad practices in the insurance marketplace prior to the ACA passing,” he continued. “There are a lot of provisions that I’ve campaigned on for four election cycles that are part of the law now that I want to preserve.”

McHenry’s defense of those ObamaCare pre-existing condition protections is striking because just last year, House Republicans touted a healthcare plan, called A Better Way, that would have repealed the protections and replaced them with a different system. […] 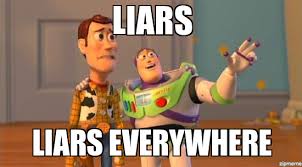 This guy is in House Republican leadership.  We put them in the majority based on the promise to kill ObamaCare.  It’s pretty clear they don’t want to — and are willing to throw Mark Meadows and his merry band in The Freedom Caucus under the bus, if they have to.

They’ve lied to us.  They’re thumbing their noses at us.  And they think we OWE them something.  We owe them NOTHING.  Not now. Not in November.