[…] I have a dream that my four little children will one day live in a nation where they will not be judged by the color of their skin but by the content of their character.[…]

N.C. Central University’s 2017 Dan T. Blue Symposium in Political Science will take place Monday through Thursday with a focus on “The Politics of Skin Color.” […] “Light skin versus dark skin: Which is more socially advantageous? Regarded as more beautiful? Considered more black? Treated more favorably by the law?” […] “These are not as much questions of personal opinion as they are issues of power and politics.”

The Raleigh Crowd loves to uphold senator Dan Blue as some sort of post-racial, 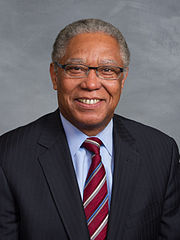 warm-and-fuzzy moderate non-threatening black person.  He’s the black guy good white snowflakes from Chapel Hill and North Raleigh put on their boards to show how sensitive and diverse they are.

Now, contrast that with what senator Blue has slapped his good name on:

N.C. Central University’s 2017 Dan T. Blue Symposium in Political Science will take place Monday through Thursday with a focus on “The Politics of Skin Color.”

The conference is hosted by Yaba Blay, , the Dan T. Blue endowed chair in political science at NCCU. The nationally recognized researcher and ethnographer uses personal and social narratives to explore issues of race, class and culture. All events during the symposium are free and open to the public.

“Light skin versus dark skin: Which is more socially advantageous? Regarded as more beautiful? Considered more black? Treated more favorably by the law?” Blay asks. “These are not as much questions of personal opinion as they are issues of power and politics.”

The symposium keynote event brings Blay on stage with CNN contributor and activist Michaela Angela Davis and Patrice Grell Yursik, whose online persona Afrobella is considered the godmother of brown beauty blogging, for a public conversation about colorism beginning at 6 p.m. on Thursday, April 13, at the A.E. Student Union.

Blay defines colorism as a discriminatory system of value based on skin tone that encourages people of color to opt for separation in place of unity.[…]

Translation:  Those brothers and sisters are selling out by assimilating with whites and Asians and Hispanics instead of sticking tight with the rest of their “brothers” and “sisters.”

*Great.*  This is all going down at a state-supported university.  We’re paying for this nonsense.  If you took this same narrative, and slipped some white professors and a white politician into the mix — replacing Blue and the rest of these characters — the driveby media would be having a collective aneurysm.  Dan Blue would be lecturing on racism.  Bill Barber and his goons would be in the streets.

White folks opining about the “importance” of skin color would be cause for sounding the alarm about the rise of The Fourth Reich.  Good black politicos and liberals doing the same thing, on the taxpayer dime?  Nade.  Nothing to see here.  Move on.

In case you were too busy to make this, um, important event, here’s the schedule:

“Dark Girls” is a documentary film that explores attitudes towards skin color and the impact of colorism on women with darker skin tones. The screening will conclude with a student and faculty panel discussion and audience conversation. Light refreshments will be served. 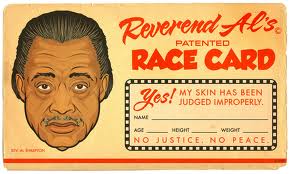 In the United States, historically, a black person has been defined as any person with any known black African ancestry – as little as one drop. Mixing history and personal memoir, this visual presentation highlights the contemporary experiences of men and women who have for whom the one-drop rule has had a personal impact.

“Light Girls” is a documentary film that explores attitudes towards skin color and the impact that colorism has on women with lighter skin. The film explores skin color, preference, privilege, and pain and will conclude with a panel discussion and audience conversation. Light refreshments will be served.

Skin Tone and Perceptions of Attractiveness at NCCU”

As an introduction to the keynote conversation, political science majors will present findings from the fall 2016 Black Body Politics class research project. “Complexions and Perceptions” involved a survey on skin tone and perceptions of attractiveness among NCCU students.

The symposium honors N.C. Senator Daniel Terry Blue Jr., who represents the state’s 14th Senate district and is an alumnus of NCCU. […]

In the allegedly post-racial post-Obama era, we’ve got a leading black elder statesman proudly putting his name on this nonsense.  Again, imagine a white politico or community leader slapping their name on a weeklong taxpayer funded tribute to white skin.

So, the next time Dan Blue even insinuates any of you out there are “racist,”  be sure to wave this story in his smug, self-righteous, hypocritical face.