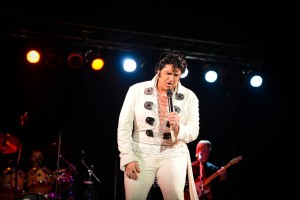 You know what I see?
I see a little bit of Elvis
In each and every one of you out there.

John Hood is a one-man PR wonder.  He’s got his newspaper and magazine columns where he wows us with the wisdom of the 15th century’s 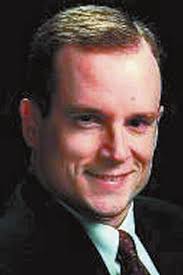 Lord FancyPants of the UK’s Hairlip Manor. Hood is a big wheel in the Raleigh-based Pope political empire.   He’s a regular on that early weekend morning basic cable fixture NC Spin. And he’s even got a book out on former Gov. Jim Martin.

But NEVER in our wildest dreams did we expect Raleigh’s Mr. Conservative to insert himself into the Colorado Springs Planned Parenthood shooting story:

The man suspected of killing three people at a Colorado Springs Planned Parenthood was reclusive, glaringly eccentric and anti-social, according to some of those who knew him.

Robert Lewis Dear, 57, seemed to purposefully choose places to live that were off-the-grid and largely disconnected. For years, the suspected gunman lived in a decrepit North Carolina shack that had no electricity or running water, according to The Associated Press.

There, neighbors said, the only companion Dear kept was an unhealthy-looking dog, and he didn’t speak very often with his neighbors.[…]

Former next door neighbor John Hood said that Dear hardly ever spoke wit him, but when he did, he would offer nonsensical advice, like recommending that Hood put a metal roof on his house so the U.S. government couldn’t spy on him.

“He was really strange and out there, but I never thought he would do any harm,” Hood said, adding that he put up a fence to separate his property from the land where Dear placed his double-wide trailer because Hood had a tendency to skinny dip. [..]

Hmmm. I wonder if Dear was a Locke donor, or a regular NC Spin viewer?  Did he buy John’s Martin Book?  Did he vote for Martin?  (I doubt that, actually. He looks more like one of Rufus’s people.)

3 thoughts on “#ncpol: Like Elvis, John Hood is EVERYWHERE”