t.  He was one of the few bright spots for Democrats in 2014 — knocking off RINO incumbent Nathan Ramsey.

If you thought the primary for Rick Catlin’s seat in the southeastern part ofthe state looks like a arnburner, it looks like the all-male version will be going down in the Black Mountain area’s House District 115:

Republican Dr. Frank Moretz has announced his candidacy for N.C. House District 115, saying he would bring the perspective of a doctor and an education advocate to the legislature. 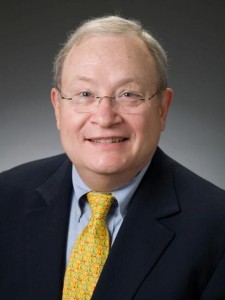 “Buncombe County families need an effective, independent voice in Raleigh,” Moretz said. “Health care costs consume increasingly more of tax dollars, but with only one physician serving in the House or Senate, we are missing opportunities to improve patient access to quality medical care and to lower costs throughout the health care industry in our state, particularly Western North Carolina.”

Hmm.  Okay.  So far, so good.  But then the wheels come off the wagon:

Moretz says he “could have easily registered as Democrat … as a Republican” and is a backer of expanding Medicaid in the state, a position at odds with the one GOP legislative leaders took this year. The federal government would pick up 90 percent of the cost.

“I still think it’s a very good thing to do. Our citizens are paying for it, so why not get the benefit?” he said.

*Oooof.*  *Now THAT is inspiring.*  This guy sounds just like Nathan Ramsey.  And these folks put him out two years ago.

But wait until you get a load of his primary opponent Bob Chilmonik. He moved into the area from Florida in 2013  — where he served on his county’s school board for eight, apparently, turbulent years:

Rarely are school board members a discussion topic 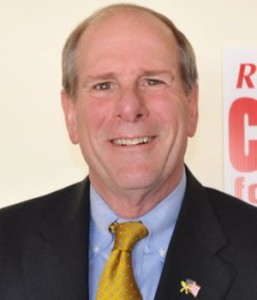 at their own meetings, but Lee County School Board member Robert Chilmonik will find himself one later this month.

School Board member Jeanne Dozier said Tuesday evening she will bring up censuring her fellow board member at the board’s Oct. 20 meeting, saying Chilmonik violated his oath of office.

“Somebody’s got to stand up and it’s about time, I feel, that we do something about it,” she said.

Dozier had a list of reasons why she believed censure is necessary. Among them, Chilmonik’s Sept. 21, 2009, letter to President Barack Obama, in which he apologized for the actions of Superintendent Jim Browder and the school board.

Chilmonik wrote the letter on stationery identifying himself as the vice chairman of the board, when he no longer held that title, she said.

She added that he demoralized staff members, board members and the community.

“This constant, unfounded criticism of the School Board, its Superintendent, the School District staff and students, is detrimental to the operation and success of the Lee County School District,” according to Dozier’s resolution.

Chilmonik spoke during the public comments portion of the meeting, saying Dozier’s resolution was effectively trying to silence his questions, which would provide transparency and public awareness on how taxpayer dollars are spent.

Chilmonik admonished his fellow board members for not focusing on issues within the Lee County School District, including improving student test scores, in order to muzzle a duly elected official.

The comments brought supporters on both sides. Cape Coral resident John Traube thought it ironic that the school board adopted a resolution for National Bullying Prevention Awareness Week after bringing the censure against Chilmonik.

“You are guilty of bullying,” he said. “You are trying to deny a board member his right to speak out. You want to censure him because you don’t like what he said.”

But Charlotte Rafferty thought Chilmonik was the one at fault.

“Your destructive foolishness must stop,” she said. “Regardless of the topic, there seems to be ranting about poor student achievement, always something that seems to be brought up. … The board has a moral responsibility to work together to protect our students’ future. When we disgrace our students for political fabrications, it’s sad.”

And then there was this:

The Florida Commission on Ethics has dismissed a complaint against Lee County School Board member Bob Chilmonik.

In it, a couple employed in the district accused Chilmonik of harassing them and pressing them to reveal details about possible corruption in the maintenance department. David and Vanessa Davis said they felt intimidated and worried about keeping their jobs.

In an order finalized last week, the commission, which takes complaints about public officials from across the state, said there wasn’t sufficient evidence that Chilmonik violated the code of ethics for public officers and employees.

The commission didn’t investigate whether the Davises’ accusations were true or not; the board said only that their allegations didn’t suggest a violation of law because Chilmonik didn’t stand to benefit from them.

Rushlow said Tuesday that he wasn’t surprised that the commission cleared Chilmonik.

“We sort of knew what was going to happen, especially with the kind of leadership the state’s under right now,” he said, digging at the Republican-controlled state House and executive offices. “It’s very unfortunate that administrators can take the actions they can and feel nothing can be done to them.”

Rushlow was the first to unleash the accusations in public, taking them to the podium at a Sept. 12 board meeting.

What he and Davis alleged were outlined more fully in a complaint filed Sept. 19 with the Ethics Commission.

According to their complaint: Chilmonik contacted David Davis on Aug. 17, asking him to attend a private meeting the next day at Chilmonik’s Cape Coral home to talk about potentially illegal activities in the district’s maintenance department, where Davis worked.

On Aug. 18, Davis said he spoke to Chilmonik’s brother, Eddie Chilmonik, who is a site worker at Cypress Lake High School in South Fort Myers.

He said Eddie Chilmonik told him there could be “big money” in this. That night, Davis said he phoned Bob Chilmonik to say he wouldn’t be attending the meeting. Chilmonik, Davis said, tried to get him to come and peppered him with questions about whether anyone took materials or did painting for another unnamed School Board member on district time.

Davis said he knew nothing. Davis said Chilmonik called again the next day. When Davis finally returned the call to tell Chilmonik he had nothing to say about the department, Chilmonik told him he would have to report it to the State Attorney’s Office.

The whole situation, Davis said in the complaint, made him afraid for his job, one he’s held for 22 years.

Chilmonik has denied that he tried to intimidate anyone.

On Tuesday, he said Davis contacted him first, and that Davis told him he canceled the meeting because a supervisor told him not to talk to the board member.

“He contacted my brother and he wanted to talk to me,” Chilmonik said. “He seemed to be concerned about being seen with me.”

Chilmonik said he had “no idea” why Davis later filed the complaint.

He said Davis hasn’t been the only employee to contact him with concerns about possible waste or fraud in the $1.5 billion school system. But he said they won’t speak publicly for fear of retaliation.