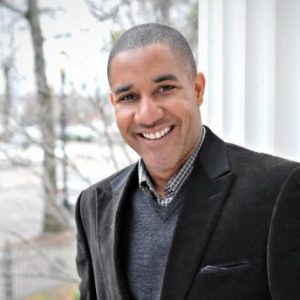 Incumbent state treasurer Janet Cowell fought tooth and nail against a legislative proposal, pushed by an architect and construction company, that would allow for the privatization and leasing of public school buildings with state funds.  Well, the Democrat incumbent treasurer is not seeking reelection.  But the proponents of the bill, which is currently stalled in the legislature, are making fast friends with the Democrat seeking to replace Cowell in the treasurer’s office:

A legislative proposal that would have allowed Robeson County to use state money saved from school staff reductions to make lease payments on new schools is an issue in the race for state treasurer.

Dale Folwell, the Republican candidate for the office, says he opposes the plan, one state Treasurer Janet Cowell, a Democrat, fought when it surfaced last spring. Folwell says his Democratic opponent, Dan Blue, is taking campaign money from Robeson County businessmen who are pushing for the deal.

“Finding long-term solutions to school construction needs is a serious matter,” Folwell said. “It cannot be approached on a pay-to-play basis or a patch here, a patch there.”

Blue said contributions will not influence his decisions. Through late October, he’d received a total of $12,000 from two officers from a construction company and an engineer from a Robeson-based firm who wanted the legislature to approve the bill. Blue has raised more than $640,000 for his campaign, reports show.

The bill was pushed by businesses in Robeson and a Raleigh architectural firm, but the plan could have been used by any county.[…]

While this bill was being debated on Jones Street, there was a lot of cash flying around and a lot of arm-twisting going down.  Many around the legislative building were nervous about the fact that the construction company pushing the bill has as one of its officers a convicted drug kingpin.