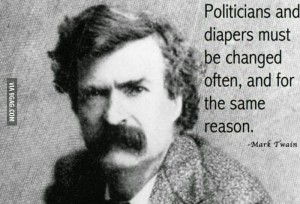 I understand some folks are pretty upset out there at Raleigh and DC.  I hear some people throwing up their hands and saying they’re done and not participating anymore.  That’s a mistake.  THAT is what the other side WANTS. I’m here to offer up some advice to help you vent your frustration in the most efficient and effective way possible at the ballot box:

These folks LAUGH at letters and phone calls.  You can yell at them all they want.  But threaten to separate from their taxpayer-funded perks and access to power and our cash? That sinks in.  It’s like trying to take a smartphone from a teenager or candy from a fat kid.