If you believe everything you read — especially things like Dallas’s Grandpa’s Christmas cards — we’re being set up for TWO MORE YEARS of the Dallas & Grandpa Show: 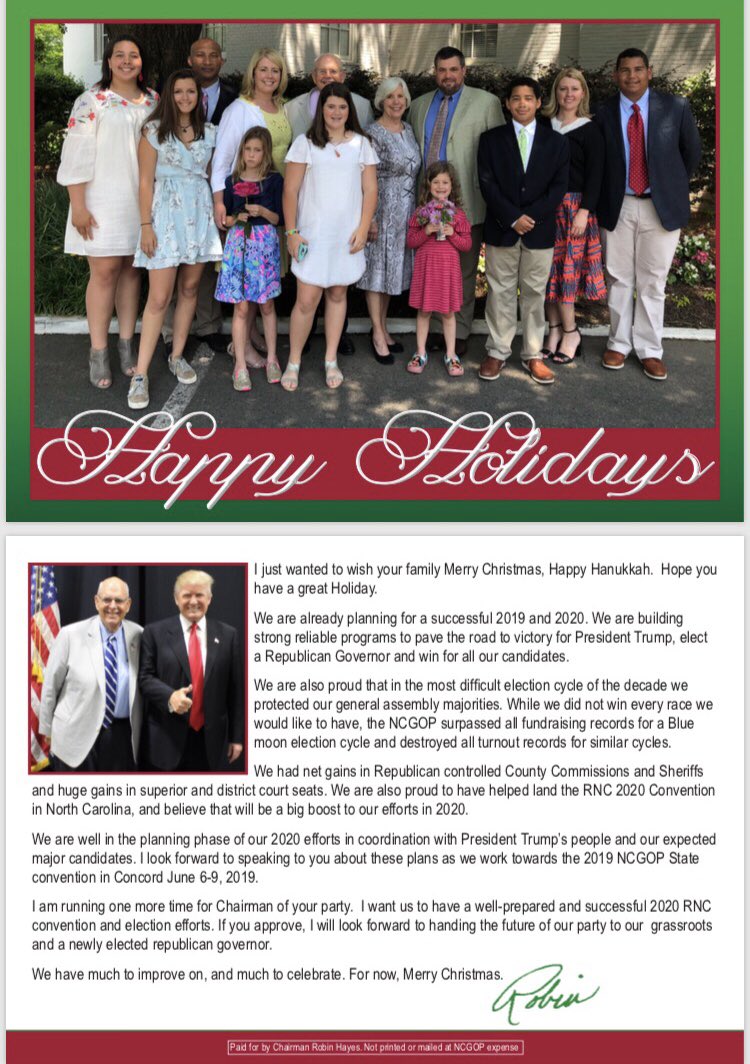 I guess the RNC wasn’t willing to take him off our hands for a do-nothing convention prep job.

Nobody — registered Republican — with any common sense or significant number of IQ points seriously thinks 2018 was a great election year for the NCGOP.  There are overwhelming calls from all four corners of the state — and the party — seeking the heads of Dallas and his Grandpa.

On November 5,  the NCGOP had supermajorities in both legislative chambers.  When the new legislature is sworn-in in January, they will be reduced to simple majorities unable to override Roy Cooper]s vetoes.

2018 — just like 2016 — saw the NCGOP lose a very winnable state Supreme Court seat.  In 2018, the party also lost every other statewide judicial election. (And let’s not forget a very winnable 2016 gubernatorial race.)

Hayes and his grandson are trying hard to surrender the Ninth Congressional District (which has been GOP-held since 1963) to the Democrats.  When he DOES step out to speak publicly, Hayes usually ends up shoving his big foot in his big mouth and embarrassing the party.

The number is likely much bigger today.  We’ve got a man who has more than $170 million in the bank, but charges his monthly airplane fuel fill-ups and submits expense reimbursement requests to the state party.

There’s also very little evidence the man gives any significant $$$ to GOP candidates.  In 2014, when Hayes was chairman of the Mark Harris for US Senate campaign, we couldn’t find any evidence of Hayes donating EVEN ONE DIME to Harris.

Hayes boasts about great fundraising for the recently completed election cycle.  I’m hearing stories from inside that building on Hillsborough Street that suggest the exact opposite.

“Destroying all record turnouts”?  Well, how come we didn’t have more to cheer about on election night? *Did all those who “turned out” actually vote?*

Lest we forget that the state party is in the midst of a federal probe involving Eli Global. 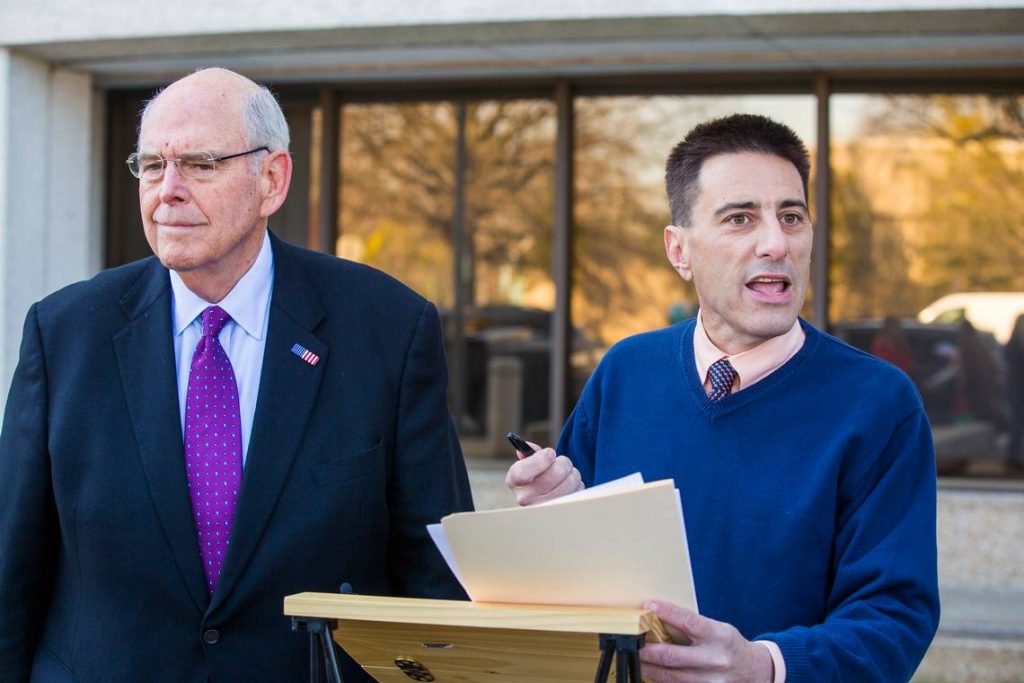 There is NO VALID REASON to rehire Robin Hayes or Dallas Woodhouse for two more years.  Raleigh insiders may want to keep them — to ensure two more years of getting away with shenanigans and back-scratching.

We are basically ONE election cycle away from totally wiping out ALL of the gains the NCGOP made in 2010 and 2012.  The Hayes-Woodhouse team has presided over much of the decline.  Dallas and his grandpa have managed to make that George Costanza doppelgänger at the NC Democrat HQ look like a genius.  (*Quite a feat, I must say.*)

In the real world — in the private sector — these two would have been escorted out by security YESTERDAY.