Elected to Congress in 2010 to kill ObamaCare, Renee Ellmers is now backing a candidate for president who enthusiastically implemented ObamaCare in Ohio.  This is from a Roll Call reporter following Ellmers on the campaign trail: 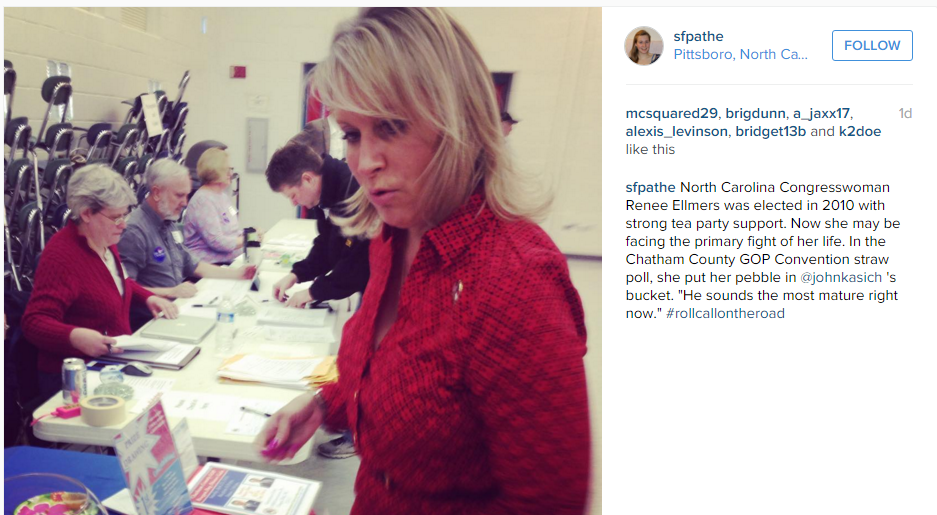 Apparently, Gov. Kasich “sounds the most mature right now.”  (After her 61-17 loss to Jim Duncan in the Moore County GOP straw poll, I’d think she’d be treating these things like Dracula treats crosses.)