Lobbyists and other assorted solar goons are passing around a News & Record op-ed on how important solar mandates are to — get this — *preserving the free market*:

This election year, many issues are the subject of active debate across North Carolina and the nation. Job creation, our economy and national security top the list.

But did you know these issues also are an integral part of our clean energy economy right here in North Carolina?

From an economic standpoint, clean energy has helped strengthen North Carolina communities through job creation, increased tax revenues to use for schools and investment and reliable energy choices.

So why are recent energy debates in Raleigh and other communities taking aim at key clean energy policies such as the Renewable Energy Portfolio Standard, or REPS, law that actually encourages choice and market competition in our monopoly-controlled electricity system?

Before I get going, you need to know who is writing this op-ed.  Not a businessman.  Not an economist. But a retired US marshal and deputy sheriff.  (Oh, and “a lifelong Republican” too.)  Let’s get back to his piece to see how government MAKING public utilities buy X-amount of product from alternative energy providers involves “choice” and “the free market.”  (I’m curious.) :

Because I am a life-long Republican, market competition is one of my core values.

Our state is home to nearly 1,000 clean- energy companies that innovate how we produce energy and ways to use it more efficiently.

Guilford is also home to 59 EnergyStar buildings, including two schools and 29 grocery stores, as well as 46 geothermal installations.

In Forsyth County where I live, we have more than 75 renewable energy projects, including biomass and solar on corporate, residential, educational and government properties or projects producing power that’s sold directly to a utility. We also have 45 EnergyStar certified buildings and 27 LEED-certified buildings.

Clean energy is an engine to create jobs and generate much-needed investment in all 100 counties of North Carolina.

Currently, policies such as the REPS law are creating opportunities for market competition and choice.

Isn’t that a core belief for us all — Republicans, Democrats and Independents?

Meanwhile, in Nevada, the solar goons are laying off workers and abandoning ship in the wake of the state cutting off the flow of freebies to them.   Seems like they just aren’t interested in hanging around if the government won’t keep the freebies coming:

In contrast to comments by some critics that clean energy eliminates jobs in our state, a recent report cited renewable energy and energy efficiency has created over 26,000 jobs in North Carolina, with 3,159 of these added last year alone.

Clean energy is now a $7 billion industry in our state, according to North Carolina Sustainable Energy Association’s 2015 Industry Census.

North Carolina consumers have seen $162 million in bill savings since 2008 due to our state legislators passing the REPS law, plus nearly $3 billion invested in renewable energy projects, two-thirds of which are in rural counties in need of new property tax revenues.

It would appear that the REPS law is working in North Carolina.

And most legislators do recognize the positive economic impact of clean energy in our state. But why don’t all?

It is a free-market and strategic business issue. Just ask Apple, Facebook or Google.

All operate data centers in our state and have cited North Carolina’s clean-energy policies as motivations for being here.

Next door in Forsyth County, 11 businesses have installed solar projects and two have installed biomass projects as part of their efforts to generate their own power and save money long-term.

This clean-energy debate is only set to intensify as we head towards the N.C. General Assembly’s legislative session, which starts in late April.

Americans for Prosperity (AFP) held a “Free the Grid Tour” event in Winston-Salem last week about the “power struggle” in North Carolina, inviting the community to “return power to the people.”

However, they’re also calling for the repeal of the REPS law — and the resulting market competition.

Competition is NOT at play here.  These people are making money selling their product to Duke Power.  Duke is being FORCED by the state government to buy from these people.

As a free-market issue, how can AFP and other clean-energy critics want to return power to the people, but strip them of our state’s limited market competition and choice? 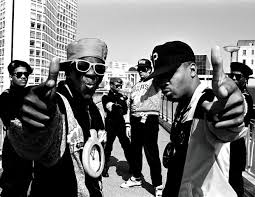 This is all about keeping the government cash spigot open for a select politically-connected few.  If a business can’t stand on its own without government support, it needs to go.

This guy is using the same argument ConnectNC proponents are using.  *Be a good Republican and support MY government cash-grab.* Don’t fall for it.  Don’t believe the hype.