We’ve got to give props where they are due.  Rob Christensen’s son — Colin Campbell — did some fine work on Friday evening: 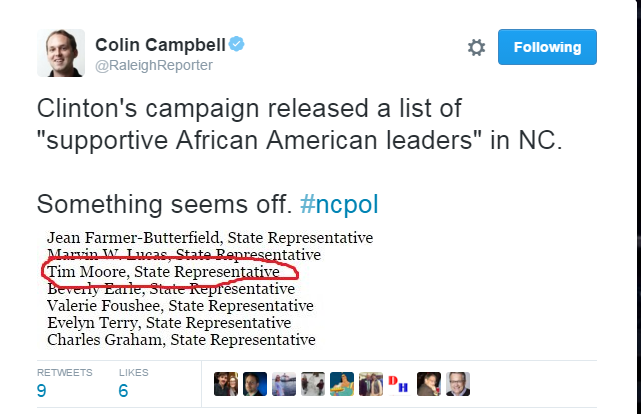 That’s right, House Republicans. Your fearless leader — The Duke of Cleveland — has been outed as a “supportive African-American leader” by the Hillary Clinton presidential campaign. Tim Moore — a brother down with the struggle.  Who knew?

Though, young Mr. Campbell didn’t catch another faux pas by the Nurse Ratched  campaign.  Charles Graham — at the bottom of Campbell’s blurb is no more African-American than Tim Moore is.  Mr. Graham is Native American.  In fact, he is a member of Robeson County’s Lumbee Tribe.  *Oops.*

Now, couple this with Bill Clinton getting Iran and Iraq confused.     Or these emails detailing 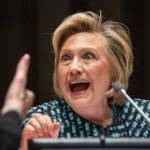 Hillary’s struggle with the concept of a fax machine (and many other things).

Don’t be surprised that you haven’t heard a lot about this stuff in the driveby media.  Though, you would have if this couple happened to have the letter R next to their names.

One thought on “#ncpol: Color her confused”