Yes, ladies and gentlemen, Tom Campbell introduced us to the term ‘intimate domain’ on this weekend’s edition of NC Spin.  We, of course, knew what he meant to say. But there are a lot of politicians this very minute running like hell from the very mention of the words ’eminent domain.’

This all got started with the drivebys at WTVD reporting on Johnston County residents being forced out of their homes by railroad giant CSX.  CSX and the McCrory administration apparently had worked out a deal to build some kind of hub in Johnston County that was just going to have to displace these rubes from their homes.

Eminent domain is quite common in the state when government seeks to build or extend roads.  It’s not so common in private business deals.  Usually, private businesses get together with folks who have what they want and negotate, in a civilized manner, some kind of deal.  But, hey, if you’ve g

ot enough cash, the right lobbyists, and enough political connections, you can bully your way into getting anything you want without having to speak with ”the little people.”

The governing class in and around Raleigh — all lubed up with political contributions from CSX —  thought the CSX deal in Johnston County was GREAT.  Lost in the debate?  The frickin’ property rights of those poor folks in JoCo.

All was going well for the ruling class until the blogosphere picked up this story and went wild with it.  Then, the politicians started getting an earful.

Agriculture commissioner Steve Troxler fought his way to the media scrum to blast the JoCo project:

“I had no previous knowledge of this project until I learned about it in the press, and I came out of my seat when I saw that eminent domain could be used to acquire the land for it. The proposed transportation hub is a major step for North Carolina, but not at the expense of private property rights. 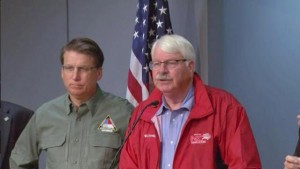 “I’ve long been an advocate for conserving working farms in North Carolina. They are an extremely valuable part of our economy. Some of the farms that would be affected by the CSX hub have been in the same family for a century or more, and these landowners deserve to make their own decisions about the future of their land, not have the decision forced upon them by a private company.”

Oh, and it gets, um, *better.*  Apparently, CSX had been working closely with Gov. Pat McCrory and his Department of Commerce.  The governor and his team put out  press release praising the proposed CSX project in JoCo.  Then, the blogosphere blew up, and people started raising hell:

lma as a boon to economic development in eastern North Carolina, a spokesman for Gov. Pat McCrory said on Jan. 26 the proposed rail hub “does not appear to be a viable option.”

The reversal occurred amid substantial local opposition to the proposed “Carolina Connector,” a $272 million transit hub, including a resolution from the Johnston County Board of Commissioners rejecting the proposed 450-acre site and the refusal of several landowners to sell their property to the railroad, leading CSX officials to suggest they may use eminent domain to seize land for the project.[…]

OK, now let’s add congressman David Rouzer to the CYA list.  Rouzer, who represented the county in the state Senate and continues to do so in the US House, 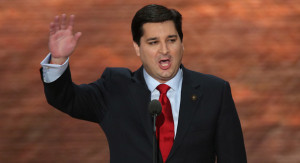 was all smiles about the deal at first.  But when the public firestorm about the land grab blew up, he scrubbed his praise of the project from his web site and began talking like he was agains this outrageous abuse of eminent domain right from the beginning.

Always remember:  There are very few people in the governing class whose primary motivation is doing what’s best for the state and its people.  The main idea, for the Ds and the Rs, is to use their positions and influence to make money and take care of friends.  The heavy-handed snatching of this farmland in Johnston County didn’t faze the Raleigh cartel one bit until the little people outside the beltline started raising a fuss.

The cartel is most happy when we are all oblivious to the dealings of state government.  It’s so much easier to loot and pillage that way.

One more thing the aforementioned trio of pols have in common, other than behaving like mealy-mouthed weasels on this land grab-gone-bad?  They each have primary opponents in the March 15th vote.  Here is Rouzer’s.  Here is McCrory’s.  Here is Troxler’s.  (Jus’ sayin’.)