Last Thursday, at the council of state forum in Pinehurst, we were introduced to Andy 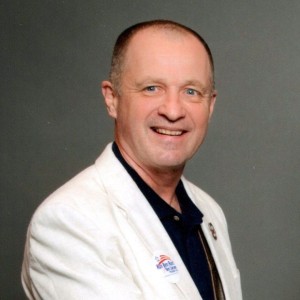 Stevens — a Republican challenging incumbent agriculture commissioner Steve Troxler’s (R) renomination.   (Andy has been a Haymaker fan for some time — commenting on the site and following us on Facebook.)

Let’s face it.  Team Stevens is a wee bit underfunded when compared with the incumbent.  It’s not as smooth and professional as the incumbent’s team.  (One plus?  Andy reminds me of Norm McDonald — one of my favorite comedians — BIG TIME.  In terms of his speech patterns and mannerisms, of course.)

But this may be the year for underdogs.  The voters are mad.  They want scalps  And Troxler may be handing Stevens and those angry voters some ammo.

Browsing Andy’s multi-million dollar web site, you find some very principled stands against over-regulation, against big government, making the NCDA more “customer-friendly”  and for gun rights.  (Stevens is giving Troxler heat for banning concealed carry from the grounds of the state fairgrounds.)

There’s been some hint that the incumbent, Troxler, may have been a bit mealy-mouthed and duplicitous on the attempted heavy-handed land grab in Johnston County.  Here in the Sandhills, we’re finding that Troxler’s department allowed an unlicensed animal shelter full of sick and injured and malnourished animals to stay open for ELEVEN YEARS before it got raided and shut down.  (We’re not suggesting that Troxler favors animal suffering.  But this issue does show that switching from R to D or D to R doesn’t always improve the responsiveness of government. ) 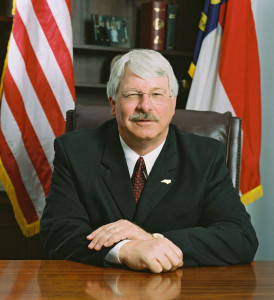 Troxler’s team is spinning the story — suggesting that the shelter was allowed to stay open too long, and that they were trying to “help” the owners make things right.

Really?  Help?  I tend to find that government agencies make my life more complicated and unpleasant.

Government can’t fix everything.  Perhaps it takes the perspective of someone principled, like Andy, who has been out in the real world and experienced heavy-handed overregulation firsthand to get under the hood and evaluate it.

It’s disturbing how far big government has been allowed to sink its claws into farming.  (The Farm Bureau has become a reliable advocate for big government and big spending.  They’re out there touting this wasteful ConnectNC bond right now.)

The NCDA deals with a lot of stuff outside of farming.  It runs the state fair.  It inspects gas pumps and propane tanks.  It also oversees animal shelters and pet stores.  It handles food inspection and oversees school lunch programs.

Troxler’s consultants are clearly telling their candidate to steer clear of Stevens and forums.  But given these two highly-publicized flubs by the NCDA, isn’t it worth having a discussion, before the voters, about the department’s proper role and the overall role of government itself?