Back in September, House Rules chairman David Lewis slipped into technical corrections some language about these affiliated committees– basically allowing our elected officials to bypass the party organizations and privately rake in their own cash. Here’s what we said back then:

Quite a few honorables have mentioned a flood of angry phone calls and face-to-face conversations with folks from all over the state that they’ve never had a cross word with — until now.

s matter. They told me senator Berger’s staff sold the elections package and the “affiliated committee” concept as “an insurance policy.” Senators were reportedly told the provision would be smart to approve — just in case the state party fell into deep financial trouble. These SENIOR Senate sources tell me that leadership has assured the GOP rank-and-file in that chamber that there is low, low, low probability that their caucus will ever set up one of these committees. These sources also told me that leadership will continue to honor the commitment to staying out of primaries. Said one of these sources:

”We’ve had a good ten-year relationship with the folks at the state party. We are really not seeing a need right now to shake things up.” 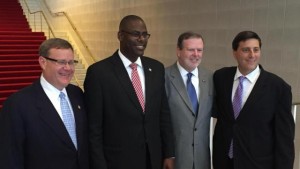 Low probability, eh?  Well, the Republicans in the Senate have gone forward with an affiliated committee.  (The House is surely not far behind.) :

[…] The new Senate Republican committee was seeded with $10,000 from Senate President Pro Tem Phil Berger’s account. It will be able to raise money from Senate members to target toward key races. In theory, such committees could get involved in primaries, contrary to party rules that require official GOP organs to stay neutral.

“We have no concerns over the new Senate Committee as the Party and Senate caucus are working closer together now than ever before,” said North Carolina Republican Party Chairman Hasan Harnett. “This year, the Party worked in tandem with the Senate to assist the caucus recruit several candidates, increasing the total number of Republican contested races from 41 in 2014 to 44 in 2016. Further, Senator Berger is engaged with the overall Party structure, helping ensure the Party has the necessary funds to move towards victory. We will continue to work together everyday and see that we elect our Republican candidates come November.” 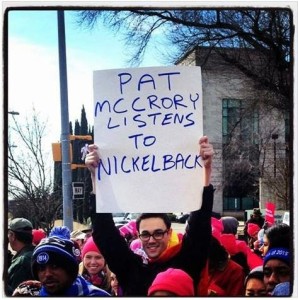 This new arrangement makes it soooooooo much easier to take payoffs, launder money, and put out hits on “troublemakers.”  Now, the powers-that-be can shut out those prying outside-the-beltline eyes and really limit the number of eyes laid on their, um, “business.”

I wrote a post in October entitled “RIP, NCGOP.”  The stuff I discussed there has now come to fruition.

It’s officially no longer a struggle between Rs and Ds, liberals and conservatives.  It’s the governing class and the parasites that pay-to-play vs. the rest of us who work hard, play by the rules, and fund this travesty every April 15th.

I’ve never been a big fan of allowing incumbent politicians to use special interest payola to pick and choose WHO they want to, um, “serve” with.

They’re trying really hard to turn election day into a formality.  Maybe they’ll eventually get rid of it. Who knows?

As far as we’re concerned, are we going to let them continue to get away with this?  We have a chance to lay the smack down — fire some weasels and replace them with actual servants of the people — on March 15th.

Will we do what needs to be done, or will we continue to be driven like sheep by the consultant-generated lie-packed campaign ads and propaganda?