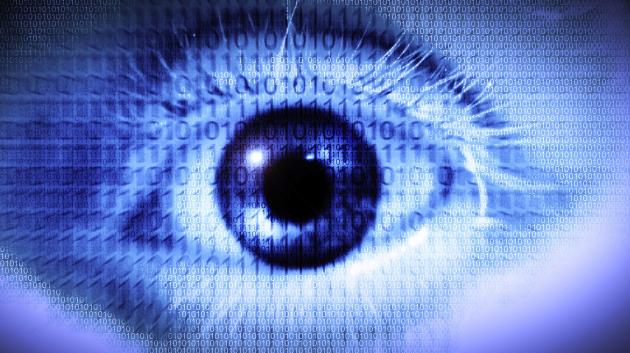 I’m a big fan of empowering law enforcement and the military to hunt down and destroy foreign bad guys trying to do harm to innocent  Americans.  I’m NOT a big fan of allowing  DC to have wide open, warrantless access to everyone’s cell phone and email communications.  In my book, that’s not any different from the British redcoats kicking down random doors looking for weapons.

Edward Snowden exposed the collusion between Verizon, AT&T and the National Security Agency:

[…] Even in the top-secret document published by the Guardian today, the firms are described only as “Company A” and “Company B.” But the NSA’s inspector general did disclose that, at the time the program was being formed in the wake of the September 11 attacks, the agency entered into the partnerships because Company A had access to 39 percent of international phone calls, and Company B had access to 28 percent.

Verizon spokesman Ed McFadden would not confirm or deny his employer’s identity as company B, and told CNET today that the company “always requires appropriate legal process” when responding to requests from any government agency. AT&T did not respond to questions.

“Collection partnerships” with these two firms have allowed the spy agency to vacuum up e-mail and phone call content by tapping into their “fiber-optic cables, gateway switches, and data networks,” says the 2009 report. That’s consistent with previous reports that AT&T permitted the NSA to tap into its telecommunications facilities.

The disclosures, part of a 2009 report prepared by the NSA’s Office of the Inspector General, emphasize how crucial — and sensitive — the agency’s relationships with U.S. telecommunications companies have become.

These relationships also allowed the NSA to take advantage of the United States’ role as an international Internet hub, which meant that an outsize share of worldwide traffic flows through the networks of AT&T, Verizon, and other U.S. providers. Even e-mail messages between Latin American and African countries, for instance, are typically routed through U.S. switches because of the lower cost.

NSA Director Keith Alexander believed, according to the inspector general’s report, “if the relationships with these companies were ever terminated,” the agency’s eavesdropping ability would be “irrevocably damaged, because NSA would have sacrificed America’s home field advantage as the primary hub for worldwide telecommunications.”

Many of these relationships predated the September 11 attacks that dramatically increased the NSA’s authority in a warrantless surveillance program secretly authorized by President Bush. A 1981 presidential executive order, for instance, authorized the collection of “signals intelligence information” for foreign intelligence purposes, which the NSA views as authorizing the interception of phone calls “transiting” the United States.

Soon after the 2001 attacks, according to the report, representatives of both Company A and Company B “contacted NSA and asked ‘What can we do to help?'” Both had previously been “providing telephony content to NSA before 2001” under the 1981 executive order and the Foreign Intelligence Surveillance Act.

Metadata is defined, according to the inspector general’s report, as encompassing phone call records and “Internet Protocol” communications, which would include a person’s IP address and what company or service they’re communicating with. (Verizon turns over metadata of all customer calls to the NSA, meaning the logs of who called whom, every day.) […]

One interpretation of EvilOlive is that the NSA is acquiring the majority of Americans’ confidential Internet and phone communications — or at least the majority flowing through the networks of its partner telecommunications companies — and archiving them for years. Any subsequent restrictions on access by intelligence analysts would be policy-based, not technology-based, and could be modified in the future to be more permissive.

In an online chat earlier this month, Snowden said there were few practical restrictions on analysts’ ability to target American citizens:

NSA likes to use “domestic” as a weasel word here for a number of reasons….The reality is that due to [a 2008 federal law known as FAA 702], Americans’ communications are collected and viewed on a daily basis on the certification of an analyst rather than a warrant. They excuse this as “incidental” collection, but at the end of the day, someone at NSA still has the content of your communications….If I target for example an email address, for example under FAA 702, and that email address sent something to you, Joe America, the analyst gets it. All of it. IPs, raw data, content, headers, attachments, everything. And it gets saved for a very long time — and can be extended further with waivers rather than warrants.” […]

Last night the Constitution was, we hope only temporarily defeated by the “security at any cost” surveillance state when, in a close vote, 94 establishment Republicans teamed with 111 Democrats to defeat Rep. Justin Amash’s amendment to H.R. 2397, Department of Defense appropriations bill for fiscal year 2014.

Amash’s amendment to the Department of Defense Appropriations Act of 2014 would have limited the National Security Agency’s use of taxpayer funds under the Foreign Intelligence Surveillance Act (FISA).

Amash’s amendment simply said: “None of the funds made available by this Act may be used to collect tangible things (including telephone numbers dialed, telephone numbers of incoming calls, and the duration of calls) pursuant to an order under section 501 of the Foreign Intelligence Surveillance Act of 1978 (50 U.S.C. 1861) if such things do not pertain to a person who is the subject of an investigation described in such section.”

This would have effectively prohibited the NSA from spending money collecting the phone records of anyone who is not an actually target of a national security investigation authorized by the Foreign Intelligence Surveillance Court (FISC).

As Amash noted when this news of the NSA domestic surveillance program broke, “The government is vacuuming up data on every call made by every customer of a major phone company. This sort of sweeping surveillance is not even plausibly authorized by statute, let alone the Constitution.”

“The astonishing amount of information the government is secretly seizing from Americans should shock anyone who has even a passing interest in privacy, civil liberties, or the Constitution,” said Amash.

However, it apparently did not shock the House Republican leadership enough to cause them to defend constitutional principles against the demands of the voracious security apparatus President Obama is constructing with their now active support.

Almost to a man, and woman, the House Republican leadership, and those who aspire to join it, voted against the Amash amendment. […]

From North Carolina’s delegation, we had GOPers Virginia Foxx, Renee Ellmers and Richard Hudson toeing the Boehner line and voting against the Amash amendment.  That put this trio right in line with the remnants of the Democrat caucus in the North Carolina congressional delegation.

Apparently, pleasing John Boehner and Eric Cantor overrides any concerns about the overreach of the federal leviathan.

4 thoughts on “Ellmers, Foxx, Hudson vote with Boehner (and a bunch of Dems) to preserve NSA surveillance overreach”