My that tough talk against “government waste” fades away fast once the polls close, doesn’t it?   Once again, the, um, “honorables” in DC shirked th

eir constitutional duty to PASS A BUDGET.  Instead, they’ve hit us with yet another bloated, shameful “stopgap spending measure” to avoid the *dreaded” “government shutdown.”

Here’s McClatchy trying to smack Walter Jones for voting against the bill and denying his constituents hurricane relief:

Republican who often rails against adding to the nation’s debt, was this week was one of just 33 GOP lawmakers in the U.S. House to vote against the short-term funding resolution that would send millions to his district in Hurricane Matthew recovery aid.

It wasn’t the hurricane relief money he’s opposed to but, instead, the parts of the “stopgap” spending measure that conflate ongoing debt and military spending problems, his office told McClatchy
on Friday. Jones supports federal assistance funding for Hurricane Matthew recovery but wanted to see that money approved through standalone legislation, not tied to a short-term budget bill. 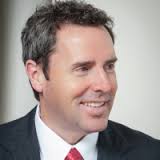 Many of the North Carolinians hurt by the October hurricane and related flooding live in Jones’ coastal 3rd Congressional District. The House bill appropriates federal money to N.C. to pay for a range of post-disaster needs, including help for farmers, people whose homes were flooded and ruined public infrastructure.

nificant push-back in the Senate. The bill is designed to avert a federal government shutdown and, if approved by the Senate and signed into law, it will keep federal agencies functioning through the end of April 2017.

For the other N.C. lawmaker, U.S. Rep. Mark Walker, R-Greensboro, N.C., the opposition vote previews his work ahead as leader of the largest group of conservative lawmakers on the Hill.

Neither Jones nor Walker’s vote hurt the bill’s chances of passing in the House. It passed in a 326-96 vote. North Carolina’s three Democratic representatives supported the bill.

So, unless your M

ember of Congress is named Walter Jones or Mark Walker, you are currently represented by someone who thumbs their nose at The Constitution AND doesn’t give a hoot about saddling you, your children, and their children with tons more debt.

Watch for something very similar to this to happen during the upcoming “special session” in Raleigh.