When you contact your legislator to express an opinion on an issue or get help with your dealings with the state government, you probably didn’t expect to have your information harvested to a team of campaign consultants and fundraisers. In 2013, it appears THAT may have happened.

That year, Republican members of the North Carolina House were strongly encouraged by their leadership to adopt new database software for tracking constituent communications: 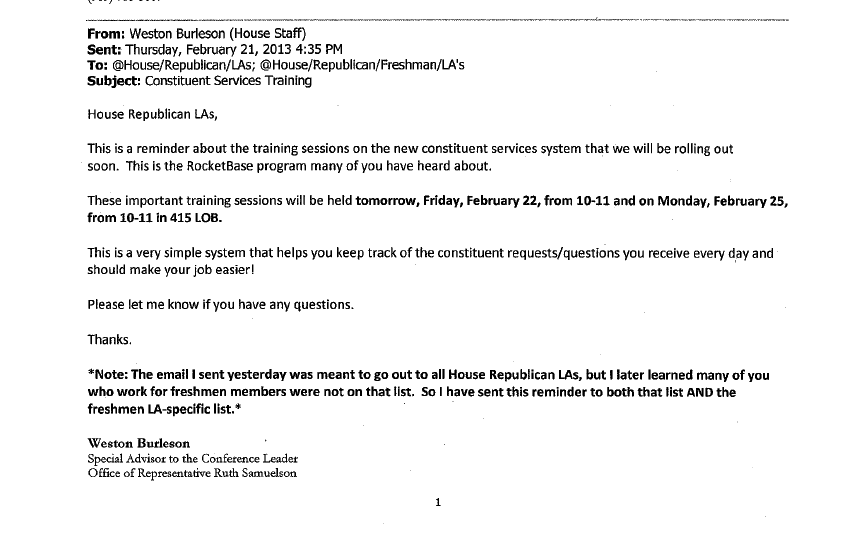 Rep. Ruth Samuelson, then the GOP Conference Leader, and her staff took charge of the training for this brand-spanking new database system: 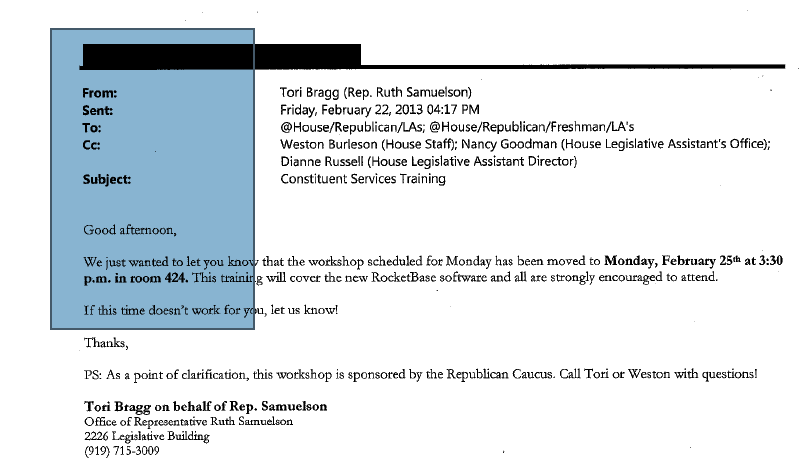 Word was disseminated to Republican House members and their staff that this new software was provided at no cost from a “private donor.”  Jones Street sources tell me that — during the training meeting on the 25th — Samuelson let it slip that the “private donor’ was none other than Speaker Thom Tillis.

The new software — called Rocketbase — would allow House Republican offices to log constituent contact info as well as any issues they were interested in.  Rocketbase is marketed NOT as a constituent relations tool, but as a campaign tool.

Samuelson’s team also let it slip that, since Tillis “owned” the software, he would be keeping a master list of all records entered into the database. Some members and staffers were concerned about the idea of data collected while performing constituent service being turned over to the Speaker and his political operation.  Sources tell me a bit of a hubbub got raised within the House GOP caucus, and the software got pulled “offline”: 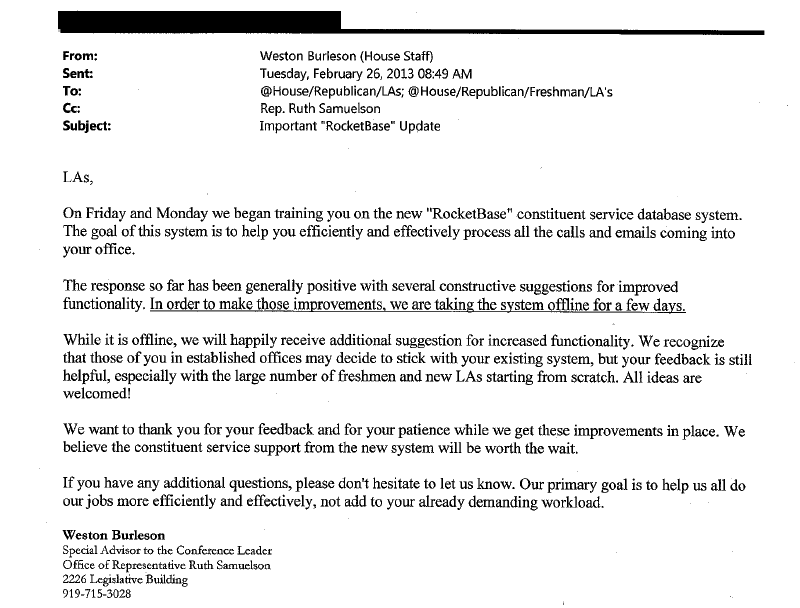