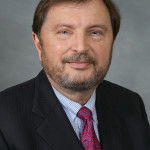 Cabarrus County conservatives have officially started their hunt for the elusive bearded RINO.  He’s tricky — he can change his appearance, looking like a Republican while acting like a Democrat.  The hunting party may have an advantage this year. It appears the bearded RINO is weighed down (possibly crippled?) by a criminal probe.

Parish Moffitt of Concord stepped into the spotlight today as the latest champion seeking to bring down controversial, scandal-ridden state senator
Fletcher Hartsell.  A campaign spokesman provided this bio info on Moffitt to us:

Parish Moffitt is a US Navy veteran who currently works as a Flight Deck Captain with PSA Airlines (a subsidiary of American Airlines).  He’s also a North Carolina Paramedic and Rescue Technician.  Mr. Moffitt serves as the chairman to the Board for a non-profit,  and is currently working on a Master’s degree in Public Administration at the University of North Carolina School of Government.

Parish and his wife Jacqueline live in Concord. They have two daughters currently attending college. 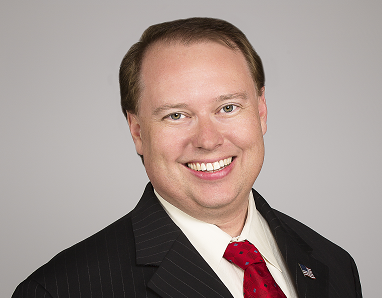 Parish and his family are active members of First Presbyterian Church in Concord.

The campaign also released a statement summing up Moffitt’s motivation for challenging Hartsell in the March primary:

[…] “I believe that North Carolina, America, and the Republican Party need to recommit to the enduring principles on which America was founded: limited government, free markets, personal liberty, and most importantly personal responsibility.

We need to stop acting like there is shame in holding fast to conservative values. We need new, fresh, honest leaders who have the courage and conviction to recommit to those principles. We need a Senator whose motivation for seeking elected office is not driven by what’s best for him; but, rather, by the desire to serve the People as a public servant.” […]

Hartsell has been at the center of a number of controversies in recent years involving his law practice and most recently his campaign finances.  His record keeping for his campaign earned him THIS from the chairman of the state board of elections (who, by the way, is a Republican and former federal prosecutor):

[…] “Some of the things in there should make anyone angry,” Howard said of the 800 page report that provided the basis of Wednesday’s hearing. “Campaign finance disclosures were wholly inaccurate or entirely opaque. At that time, if you’re not angry, you’re not paying attention. The tie that binds all five of us on this board, Democrats and Republicans, is we have zero tolerance for political corruption. And living off your campaign, which there’s reason to believe is going on here, is a form of political corruption.” […]

A state prosecutor may end up having a say on Hartsell’s future before the voters do.  But, today, Cabarrus County voters have learned they DO have an option — not named Hartsell — to consider in the upcoming GOP primary for state senate.

HERE is Moffitt’s Twitter feed and his email address is parish@parish4ncsenate.com.  Live in Cabarrus County?  Get to know this guy.

Don’t live in Cabarrus County?  I’m sure your money works pretty well over there.  Have friends or family there?  Let them know about this guy.

One thought on “#ncga: Want to make Fletcher Hartsell go away? Get behind THIS GUY.”