Something called “Conservatives for Clean Energy” had a shindig in Greensboro on Tuesday and it attracted a gaggle of legislators trolling for contributions:

Solar power and other forms of renewable energy draw much passionate support from the political left, but it really should be a two-way street, conservative energy advocate Mark Fleming said Tuesday.

“This should be a bipartisan issue,” Fleming told a gathering of executives and legislative leaders at the Proximity Hotel. “Clean energy has become an economic driver in North Carolina.”

Fleming’s Raleigh-based group co-hosted a luncheon, panel discussion and awards ceremony at the Proximity, one of North Carolina’s most energy-efficient structures and the world’s first hotel to receive “platinum green” certification from the U.S. Green Building Council. […]

Those jokers are clearly thumbing their noses at the GOP platform, which calls for an end to solar energy subsidies. Never mind the party’s overall opposition to corporate welfare.  So far, NONE OF THEM have primary opponents.

Civitas told us about these folks a while back:

What do President Barack Obama and a growing number of Republicans in the North Carolina General Assembly have in common? The answer – their love of major solar energy companies – Big Solar, for short. 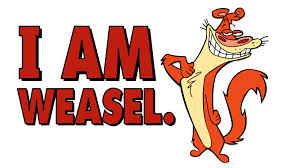 As for the President – everyone remembers Solyndra. Before going bankrupt in 2011, the solar energy company received a $535 million federal loan guarantee thanks to the 2009 “stimulus.” In 2010, Obama went so far to say that the company was “leading the way toward a brighter and more prosperous future.” Just a matter of months later, however, Solyndra was bankrupt.

Solyndra was just one of many indications that solar is not a viable alternative to conventional power sources unless it receives massive government mandates and subsidies.

There is a growing group of Republicans in the General Assembly who actively support legislation that backs government mandates and taxpayer subsidies as well as higher electric bills for consumers. In fact, they are working to extend the government mandates, tax credits and overall government assistance that have helped create and sustain solar energy companies in North Carolina, along with the resulting higher electric bills and the less reliable power supply. […]

So what would make a self-avowed conservative change his or her mind on an issue that is a basic principle for conservatives? Rep. John Szoka (R-Cumberland), perhaps the most outspoken proponent of solar energy this year, is listed as a sponsor on HB 454 The Energy Investment Act, a bill that would extend the 35 percent state tax credit for renewables. He also is a primary sponsor on another bill, HB 245, Utilities/The Energy Freedom Act, which will allow third-party sales of electricity from on-site renewable energy facilities.

In several interviews Szoka, who was first elected to the state House in the 2012 conservative wave, has said that he believes in free markets, but at the same time says he wants to keep incentives for renewable energy. Does he not recognize this contradiction? His change of heart since 2012 now makes him a darling of the solar lobby. Liberal environmental groups such as NC WARN have publicly praised him.

Szoka is not the only Republican who has turned his back on conservative, free-market principles to take up the cause of more government mandates, political favoritism and higher electric bills. In April 2013, Rep. Mike Hager (R-Rutherford) sponsored legislation to roll back the renewable energy mandates. Six Republicans joined with all the Democrats in the Public Utilities and Energy Committee and voted against the legislation, preventing the bill from making it to the House floor for a vote. The Republicans who voted against the legislation, thus maintaining these solar mandates, were current Speaker of the House Tim Moore (Cleveland), Jerry Dockham (Davidson), Ruth Samuelson (Mecklenburg), Nelson Dollar ( Wake), Charles Jeter (Mecklenburg), and Linda Johnson (Cabarrus.)

In this April 2013 Carolina Journal article, Hager is quoted as saying, “Some not-so-conservatives decided to vote for a bill that extends mandates and subsidies forever. We presented a bill that’s a conservative bill, but some Republicans subsidized a sector of business that would go on forever.”

The environmentalists pushing “clean” energy have fashioned a new weapon that can best be described as “Big Solar.” But Big Solar is not a job-growth engine as claimed by lobbyists, it exists only because of government. The major solar corporations, however, have hired the right Republican political consultants and lobbyists in North Carolina to push the narrative to their clients – GOP legislators. [..]

And WHO are those lobbyists and consultants?  Let’s see:

Dee Stewart, Partner, Strategic Partners Solutions, is also CEO and President of the political consulting firm the Stewart Group, Inc. Stewart was U.S. Congressman Patrick McHenry’s chief of staff in 2005 and is currently his chief political advisor. He was the executive director of the Iowa Republican Party during a presidential primary year. According to the Strategic Partners Solutions website, Stewart has worked for dozens of current and former state legislators – all Republicans – including Senate Leader Phil Berger, Sen. Bill Rabon (Brunswick) and Rep. David Lewis (Harnett).

Kristen Laster, Managing Partner, Southern Strategy Group. Laster is also a registered lobbyist with NCSEA and is the treasurer for the NCCEBA PAC.

Kristen, for a short while, got hired away from her lobbying job to be the NCGOP fundraising chief. MORE:

Scott Laster, Partner, Southern Strategy Group is a registered lobbyist with NCSEA.Laster worked as the house campaign director for the North Carolina Republican Party in 2010. In 2012, he was hired as executive director for the NCGOP.

Other clean energy operatives working to recruit conservatives to Big Solar include:

Mark Fleming, President and CEO of Conservatives for Clean Energy. Formerly, Fleming served as district director for Congressman Patrick McHenry. According to his bio, he also worked as vice president of NCFREE and executive director of the Wake Forest Area Chamber of Commerce.