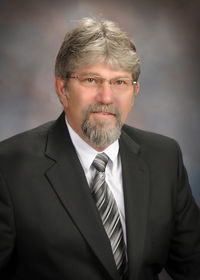 A former chairman of the Harnett County School Board has signed on the dotted line to take on David Lewis, Harnett’s veteran but currently beleaguered state representative. Chuck Levorse filed Monday as a Republican for the District 53 seat currently held by Lewis — who also serves as chairman of the powerful House Rules Committee and as one of North Carolina’s two representatives to the Republican National Committee.

Lewis is the subject of an ethics complaint filed in the House by one of his Republican colleagues.  (Another is expected shortly.)  He is also facing impeachment proceedings within the state Republican Party that could cost him his RNC position.

Ethics may not be Lewis’s only problem in a primary fight.  He may be vulnerable on some of his votes and issue stands.  For instance, he was the only Republican in the House to vote in support of taking the federal funds to set up a state-level ObamaCare exchange.

it sounds like Levorse came out on the losing end of a 2014 fight with Lewis and his political cronies who control the local party.  With the current angry mood of the electorate, things could come full-circle in March.  Harnett voters have an option.  They can keep Lewis, and possibly face all kinds of embarrassment as the ethics complaints and arguments keep rolling out.  Or they can give themselves a breath of fresh air.

2 thoughts on “#ncga: Want David Lewis out of the House? Get to know THIS GUY.”