Our sources in the lower chamber on Jones Street tell us that the vote on the gas tax hike / ”revenue stabilization” nonsense that passed the GOP-dominated Senate with flying colors will face much more drama in the House. I’m told there are a surprising number of Democrats who are not interested in backing this “dog.”   One Republican legislator told me:

”This could very well go down to the wire.  A good chunk of the caucus is not happy with this bill. But the leadership, the lobbyists, and the governor are twisting some arms hard.  They want this bad.  This bill is not good for the people.  It’s not good for the party.  It kills our reputation as the low-tax, small-government party.  If people don’t get on the phones and burn up the lines here, voicing their displeasure, this is going to pass and the government will be taking even more money out of their pockets.” 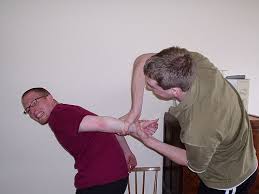 Sources tell me the legislation is packed with all kinds of extraneous elements — shades of the Tillis era — that could force some legislators to vote against some good, important things in their fight against the gas tax hike.

The NC Chamber has put out an economic study — authored by an engineer, curiously — promoting the gas tax hike.  The document bears the highly- Orwellian title “Diversifying Revenues to Improve Commerce and Economic Prosperity.”

You may recall that the Chamber is behind those horrible TV ads claiming that our kids are going to DIE unless we agree to pay more taxes and take on more debt.   The arguments for this boondoggle sound hauntingly like those made in defense of Barry Obama’s stimulus.  And we all know how, um *well* that turned out.

John Locke’s Roy Cordato put together an excellent piece tearing the NC Chamber and its “study” a new one:

[…] The problem with the study occurs when Findley and his team of research assistants attempt to assess the “economic impact” of government transportation spending on several economic variables. These include job creation, employee compensation, and state GDP.

The study claims that for every $1 billion that is spent on infrastructure there will be over 14,000 jobs created and that $1 billion dollars will, as it works its way through the state economy, generate a whopping $10.3 billion in additional employee compensation and a total of nearly $11 billion in state GDP. In the language of economics, according to the ITRE report, government spending on transportation will have a multiplier of 11. For every 1 dollar the state spends on new roads, widening roads, bridges, streets, running trains, etc. there will be $11 dollars

of output generated for the economy as a whole.  Of course, with a return like this, there seems to be no reason why the state government shouldn’t invest its entire budget on new roads and similar projects. After all, for every dollar the state takes out of the economy through taxing and borrowing, $11 dollars will ultimately be returned to that same economy. And since the study posits no diminishing returns to such investments, it implies that there is no limit to the benefits that can be gained from such transfers. […]

The only kind of studies that can measure actual economic impact are those that invoke cost-benefit analysis, where the value of the productive output generated by the investments is balanced against the opportunity costs. By opportunity costs economists mean the value that would have been created by alternative uses of resources — in this case, the money diverted through taxing and spending from some sectors of the economy to others.

This study does not do this, because the model that it invokes is not capable of doing this. First of all, there is no attempt to ask the most basic question that would be posed to any freshman class in economics: how else might the resources — land, labor, energy, asphalt, concrete, technology, etc. — that are going into the building of roads be used? In other words, what is the productive output that is not being generated in the private sector as a result of the taxes that are being paid to support the building of roads and other infrastructure spending? Indeed, if one simply reads through the study he could easily conclude that all the resources used by the industry would have been sitting idle had government spending not channeled them into road construction. In other words, the study assumes zero or close to zero opportunity costs. A dollar spent on widening a highway absorbs resources, labor and capital, that would be being used elsewhere if the taxpayer were allowed to keep that dollar and use it to his or her personal benefit. Real economic analysis would have to take account of this. This study not only does not attempt to do this, but it does not even recognize that these forgone opportunities exist. 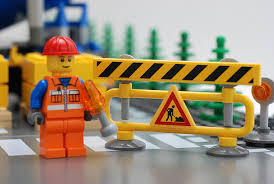 In conclusion let me clarify that I am not saying that additional expenditures on roads and other transportation projects, especially if done with proper foresight, appropriate planning, and in the right areas of the state, will not, in fact, have a net positive economic impact. It is likely that very often they will. It is also the case that this analysis would have to be done at the margin, in other words on a case-by-case basis. A dollar spent on one project in a particular location may generate net social benefits, while that same dollar spent elsewhere on a different project may generate a negative return. Certainly the state should invoke real cost benefit analysis when making determinations about all transportation related policies. The problem is that this study, because of its flawed methodology, does not provide any real guidance for policy makers who rightfully should be concerned about the actual economic impacts of transportation spending. 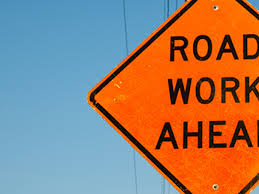 Exactly.  A tax hike is the last thing we need right now.  This argument about lower gas sales from a lower gas price is NONSENSE.  Without fail, every time a desired commodity gets cheaper, sales GO UP.  Fuel efficiency was not what made gas sales go down during the high-priced recent years. People couldn’t afford to drive as much as they used to.

Let the market determine the price.  As the price drops, there will be more driving and more gas purchases.   And transferring MORE MONEY from the private sector to government coffers will not do much good for economic recovery or growth.

This bill is a by-product of a relatively new majority getting too comfortable with the idea of controlling other people’s lives.  We need to get back to the idea of cleaning up state government.  Weed out the spending aimed at paying off cronies and redirect it to more vital needs. Tighten the state’s belt as much as it can be — before turning to us to tighten ours further and dole out more.