The “conservative revolution” rolls on.  We’ve obtained a draft of a bill (dated February 4) being drafted and pushed 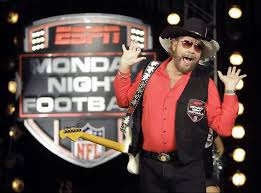 by legislative leaders (read REPUBLICANS) seeking $45 million bucks worth of corporate welfare from my wallet and yours.

Last session, rebellious elements within the House Republican caucus derailed an effort to hand over $20 million worth of welfare to the Department of Commerce.  NOW, the goal appears to be DOUBLE the amount of welfare that got shot down last year.

We’re talking about the quaintly-titled “North Carolina Competes Act” that amends Section 15.19(a1) of SL 2013-360.  It is our understanding that this effort is being driven by aides to the governor and legislative leaders.  Democrats — and most other legislators — have not been party to this drafting effort.

Here are some of the juicy details:

A BILL TO BE ENTITLED

2  AN ACT TO ENACT THE NORTH CAROLINA COMPETES ACT.

O-KAY.  For those of you keeping score at home, JDIG translates to “Job Development Investment Grants.”     And we are being told that gas taxes need to be raised because there is simply NO MONEY to pay for all of these transportation projects General Tata and Governor McCrory want to kick off.

The amendment fun and games don’t stop there:

SECTION 1.(e) This Part is effective when it becomes law.

Ah.  From JDIG to JCRP-(J&PB).   *That ought to fool the rubes outside the Beltline.*   I hope this warms your heart and makes you feel better as you pay those higher gas taxes for that road construction we, um, can’t afford.

I think we’re going to get in on this revisin’ and amendin’ game:  You know, you can put lipstick on   welfare, but it’s still welfare.

4 thoughts on “#ncga: Are you ready for some welfare? (Corporate welfare, that is. $45 MILLION.)”