As predicted, the “honorables” moved to protect themselves from the “scary” Constitution Party.  Here’s the relevant passage in that same bill that appears to reward David Lewis’s buddy:

The underlined verbiage is what got added during the sausage-making process. 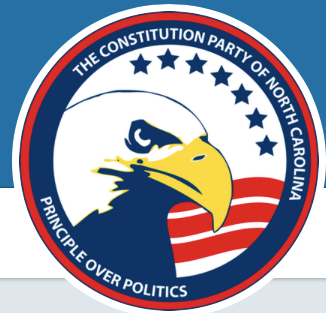 It’s amazing how this concern suddenly arises.  I don’t remember any of this when the Greens qualified for the ballot.  (All I remember is a bunch of giggling on the GOP side of the aisle.)

The folks with The Constitution Party are not happy, as expected, and are mulling the idea of taking the Jones Street crowd to court.

I talked with some folks who were intimately involved in the debate on this legislation. I’ll have to admit that there were some surprising folks who ended up backing that provision.

One source explained to me:

“This doesn’t ban people from participating in the new party.  It keeps them from switching parties and then running again in the same cycle for the same office they just lost a race for.  Lost a GOP primary for Senate?  You can switch parties and run with the Constitution Party for House in November.  And vice-versa.

I think this encourages them to steer clear of losers right off the bat.  They need to focus on finding quality candidates for winnable races. They don’t need to repeat the mistakes of The Libertarian Party who have evolved into basically kamikazes, kooks, and spoilers.”

I think this is no different than economic protectionism or carving out a special loophole to benefit you and your friends.  It’s incumbent protection.

As long as you are legally eligible to vote, and meet the age and residency requirements, you should be allowed to spend your money and work yourself to death in any election you want.

I think the Constitution Party can be good for the NCGOP. The CPNC is embracing a platform that the GOP has thrown to the wind and ignored since it took power in Raleigh and DC.  The big difference between the parties?  The Constitution Party actually expects its candidates to abide by the platform.

Dallas and the gang appear to have decided to campaign on “spending more money than the Democrats” headed into November.

PACs that have benefited from all this generosity from the majority in Raleigh have stepped in to replace the party in primaries.  They’ve racked up quite a record so far of bludgeoning anyone daring to stand and fight on the concepts of principles and party platforms.

Conservatism, and not the cute little elephant mascot, brought the GOP to power in Raleigh and DC.  Perhaps the CPNC will be helpful in ushering the Republicans back to their former selves.  Or by showing the GOP the door that leads to that magical place called IRRELEVANCE.