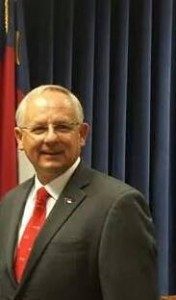 Close elections can be quite the learning experience.  Incumbents who narrowly escape the wrath of the voters can do one of two things: (1) grovel and beg to get back in their good graces, or (2) smugly press on with nose held high and a “Hey, I still won” attitude, mixed in with a bit of revenge against election opponents.

It appears State Rep. Jamie Boles (R-Moore) may be taking up option TWO.  In May, Boles — a three term incumbent and well-known funeral director — narrowly escaped defeat at the hands of a little-known political novice.  Of course, the novice was helped greatly by the very-influential and well-respected chairman of the county board of commissioners — Mr. Nick Picerno.

Boles and Picerno had been locked in a squabble over school funding.  Picerno was angry at Boles for allowing his colleague, David Lewis (R-Harnett), to hijack and reroute to Harnett County sales tax money meant for the funding of school resources in Moore County.

The money has been needed to accommodate the rapid growth in Moore County’s school system.  Picerno proposed an alternative — a referendum to allow the county’s voters to decide whether to implement a temporary sales tax (0.25%) that would be dedicated 100% to new school construction. 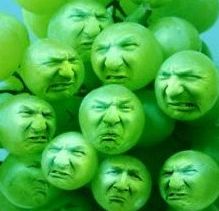 The issue was on the ballot in May — but lost by a little over 300 votes.  (Boles devoted an inordinate amount of time during the campaign to promoting Pat McCrory’s ConnectNC scam.)  Frustrated Moore referendum supporters pinned the close loss on being overshadowed by ConnectNC, and less-than-adequate marketing.  Many voters were confused about the issue — thinking the tax would be 25 cents on the dollar, instead of 0.25% of the total purchase.

So, with Boles’s victory — sales tax supporters had hoped Boles would go after Lewis to try and get some of Moore County’s money back as well as try to get the referendum back on the November ballot.  Senator Tillman did his part in his chamber, but here’s where we stand in the House:

[…] After sailing through the state Senate with only a slight wording change, a local bill allowing Moore County to limit the use of a proposed quarter-cent increase in the local sales tax to public school construction is getting unexpected scrutiny in the House.

State Rep. Jamie Boles said Thursday morning that he has a couple of concerns with the legislation, which landed in the House Rules Committee rather than the normal route through the Local Government Committee, which reviews these kinds of bills. The bill’s pathway in the House indicates a potential snag, since most non-controversial local bills usually sail through the approval process as long as all members of the local delegation are in agreement.

“There is no end to it,” Boles said of the tax not expiring after the county finishes paying for the various projects. “The present board (county commissioners) are handcuffing future boards. We are looking at all of our options. It is still alive.”[…]

TRANSLATION:  Boles is unhappy that Picerno is limiting the bond referendum funds solely to school construction.    (Picerno is not taking the sneaky, deceptive route the ConnectNC crowd did. *Actually spending money on exactly what you told the voters you were going to spend it on?  The HORROR !!!*)

If the bill allows the funds to ONLY be used for school construction, and the schools get built, what good is the sales tax at that point?  Its stated, lawful purpose has been achieved.

This sounds a lot like trying to stick it to Picerno — who was an avid supporter of Boles’s primary opponent.  Bo 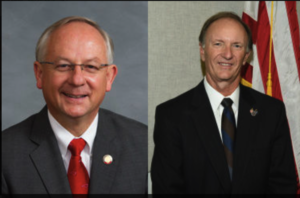 les knows Picerno is retiring from the board of commissioners at the end of the year.  What better way to thumb your nose politically at the outgoing chairman of the board by giving credit for the passage of a bill to his successor?

Ol’ Jamie NEEDS to stand up to David Lewis for short-changing Moore County schools and its students right from the get-go.  Why is sales tax money collected in Moore County being rerouted to Harnett County to benefit their kids?

Letting Lewis get away with that — plus working with Lewis on this stalling, slow-bleed attempt to kill the current version of the bill — is a double-whammy to Moore County voters and taxpayers.  This attempt at scoring political points against a political rival will do a lot more harm to local taxpayers and local school-kids than it will to the intended target: Nick Picerno.

The only reason this bill exists is because Jamie didn’t stand up to David Lewis in the first place.

Jamie Boles needs to grow up, stop playing games, and get the job done for Moore County.