There’s an old saying about bringing a knife to a gunfight.  (Was it Indiana Jones?)

Republican Tammy Covil is taking to e-mail again to address questions about ties between her opponent for NC House and a man connected to Bill and Hillary Clinton and ongoing investigations into Benghazi.

“Holly Grange’s attempt to avoid serious questions regarding her company’s business dealings with Sidney Blumenthal, a known Clinton operative and crony capitalist, will not deter the public’s quest for answers,” Covil wrote in an e-mail today sent from an account created for her campaign. “Her military service is not, nor has it ever been, in question.”

In a phone interview with WWAY last night, Grange questioned why Covil had turned their race negative just a day after Grange announced her candidacy and claimed Covil had questioned her family’s service to our country.

Grange, though, said she could not discuss Blumenthal’s links to Osprey Global Solutions, citing an ongoing investigation into hacked e-mails that first brought to light the connection. When reached again today, she said after speaking with counsel, she could disclose more. Grange said she’s never met Blumenthal, and that her husband only met him once at a meeting with other people.

“Just because something is in an e-mail doesn’t mean it’s true,” Grange said. 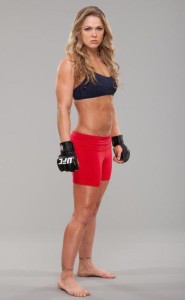 Grange says she doesn’t understand why Covil is trying to make this an issue in the campaign, and that it only serves to distract from the real issues in the 20th District.

Really?  The Granges’s company popped up in testimony on Capitol Hill regarding Benghazi.  The company name has gotten all kinds of national coverage in connection with the scandal.  It’s a very valid point to raise questions about a candidate’s ties to that scandal that cost American lives and gave America a black eye. MORE:

“(Grange) seeks to represent the residents of District 20 in the North Carolina House of Representatives; therefore, the fact that Mr. Blumenthal was actively lobbying to secure lucrative contracts on behalf of her company, Osprey Global Solutions, and that these efforts surfaced in Secretary Clinton’s email communications during the Benghazi hearings, are more than relevant to the position Ms. Grange is pursuing,” Covil wrote today. “The last thing the people of North Carolina need is to send another person to the state house that seeks to line his or her pockets through government connections and surreptitious contracts.”

Grange said her husband, Maj. Gen. (Ret.) David Grange, did go to Libya at his company’s expense on a humanitarian issue, and that the company never won any contracts in Libya.