Morning Consult, a national political website, conducted a months-long survey of 75,000 voters in all 50 states.  Here’s what they found:

Voters take a dim view of just about everything that happens in Washington, D.C., and few believe the country is headed in the right direction. But those same voters have a much better opinion of officials who govern their own states. 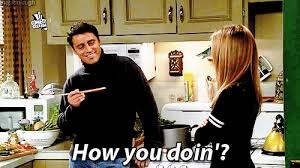 Leading the pack is Massachusetts Gov. Charlie Baker, a Republican who won election in 2014. Nearly three quarters, 74 percent, of Massachusetts voters say they approve of the job Baker is doing, while just 14 percent say they disapprove.

Minnesota Gov. Mark Dayton (D) and West Virginia Gov. Earl Ray Tomblin (D) have the highest approval ratings of any Democratic governor; 62 percent of voters in both states say they approve of the job their governor is doing.

On the other end of the spectrum, just 26 percent of Kansas voters say they approve of Gov. Sam Brownback’s (R) job performance. Louisiana Gov. Bobby Jindal (R), Connecticut Gov. Dan Malloy (D) and Maine Gov. Paul LePage (R) — all of whom have faced months, or years, of negative headlines at home — have approval ratings under 40 percent.

While only a small percentage of Americans approve of the job Congress is doing, the average governor’s approval rating is a healthy 54 percent. An average of 34 percent disapproved.

So, how does Gov. Pat measure up in this survey?  A survey of 2,512 North Carolina voters had a 51% approval, 36% disapproval split on him and his job performance thus far.   (Margin of Error: +-2 percent.)  His numbers are slightly off the national average of 54-34.

Let’s compare him to South Carolina Gov. Nikki Haley.  A survey of 1,174 Palmetto State voters found her with a 60% favorable, 33% unfavorable rating.