Two of the more reliable conservative legislators in the state House are urging voters in their districts — and those outside — to vote down the proposed amendment to the state constitution on the November ballot.  In May 2012, voters approved an amendment defining marriage as between a man and a woman.  This year, a proposed amendment allows for the waiver of a jury trial — a right GUARANTEED in the US Constitution.

[…] Last year, all of us except Rep. Michael Speciale messed up on a bill
that was brought to the floor for a vote when some of us had never
seen it. It was heard in committee that morning and brought to us in
the afternoon session.
I really didn’t get a chance to study it for more than a few minutes.
Sometimes there are just so many bills in the
queue, especially the last few days of the session, that if you are
trying to study as many as you can as closely as you can, there will
be some you don’t get to study that closely before they go through
committee. So you listen to the debate and try to read the bill as it
is being debated, and make the best decision you can, based on the
debate presented. 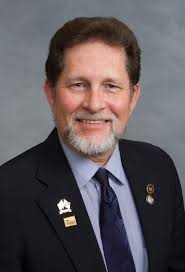 On this one, there really was not much of a debate.
We were told by its House sponsors how great it was and how it would
enhance the rights of the accused in court proceedings. It was SB 399.
The whole Senate, and everyone in the House except Rep. Speciale,
voted for it. You will see it as a constitutional amendment on your
ballot in the election this November. I am asking you to correct our
mistake and vote NO on this proposed amendment. Thank goodness for Rep. Speciale for seeing through it and pointing
out to me how bad it actually is. I just wish he could have had the
chance before it was too late for the vote. I guess he didn’t speak
against it on the floor because he thought it was so bad it didn’t
have a chance to pass. Our District Attorney here in Cabarrus County
has also spoken out publicly against this very bad amendment. Please
vote against it.[…]

Rep. Speciale also tossed in his two cents on his website about the proposed amendment:

On the November ballot you will be asked to vote on a change to the North Carolina Constitution. The change is to allow individuals who appear in Superior Court, in cases where the State is NOT pursuing the death penalty, to waive their right to a trial by jury. With the approval of the Judge, they will go in front of a Judge only. The question on the ballot will be as follows:
[ ] FOR [ ] AGAINST
Constitutional Amendment providing that a person accused of any criminal offense for which the State is not seeking a sentence of death in Superior Court may, in writing or on the record in court and with the consent of the trial Judge, waive the person’s right to a trial by jury.

To some, the proposed amendment seems benign. It seems like no big deal, until you look at the ramifications, the precedence being set, and the liberty safeguards being forfeited. 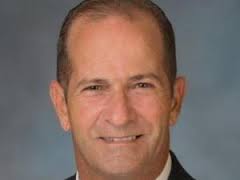 Next to our 2nd Amendment right to keep and bear arms, whose inclusion into the Bill of Rights was intended to ensure that we the people had the ability to fight a tyrannical government, our 6th Amendment right to trial by jury is the next most important right that we have.

This right is another measure to ensure that we can overcome a tyrannical government because juries have the power to judge the law as well as the facts of a case.

What would be the purpose of this amendment? I can only reason that its purpose is intended to clear the backlog of cases. On whose backs will this come? The State would like to cut down on costs for providing legal defense to the indigent. Sadly, they will be the ones targeted because disposing of their cases by a Judge alone is generally quicker and cheaper than dragging out a Jury Trial.[…]