RobRielleWho is convinced that federal judge Max Cogburn is going to dramatically affect this thing:

One of the biggest motivating factors in politics is anger.

It was anger about President Barack Obama, his health care plan, and what some perceived as his liberal overreach, that helped fuel the tea party movement that led to the Republican sweep in the 2010 election.

You could see the anger building as hundreds marched on then Democratic Rep. Brad Miller’s office on St. Mary’s Street to oppose passage of the Affordable Care Act.

It is anger over what some perceive as conservative overreach by the GOP-led legislature, that is helping Democratic Sen. Kay Hagan, and could lead to major Democratic pick-ups in Wake County.

The anger was visible in the “Moral Monday” rallies as throngs showed up outside the Legislative Building to protest what House Speaker Thom Tillis called “the conservative revolution.”

“If you don’t like this ruling, it is appropriate to take it out on Kay Hagan,” said Dallas Woodhouse of Carolina Rising.[…]

But a closer look at Cogburn will make it hard to fill in a paint-by-numbers portrait of a “judicial activist.” And try as some may, Hagan will likely have ammo to answer critics. Cogburn’s nomination by President Barack Obama in 2010 was enthusiastically supported by both Hagan and North Carolina’s other senator, Republican Richard Burr.

Here’s what Burr said about Cogburn during his Nov. 17, 2010 confirmation hearing before the U.S. Senate Judiciary Committee: “He is an excellent choice and I believe will be a great addition to the court. … […] Out of all the qualifications that Max Cogburn brings to this nomination, let me say this. He is a good man and we need good individuals to serve on our bench. I highly recommend to the Committee that we move as expeditiously this nominee as we can.” […]

Not a word there about his judicial temperament.  The libs dragged out Clarence Thomas’s movie rentals and stories about pu

blic hairs on Coke cans.  They made now-Justice Samuel Alito’s wife cry.  And here you have Burr and the rest of the Senate Republicans touting this guy like he’s the newest recruit for their Rotary Club or golf group.  Cogburn got confirmed 96-0!

The Republicans regularly bring knives to a gunfight.  And we all sit around wondering WHY we have all of these activist judges legislating from the bench and overruling the will of the people.  Here’s more from RobRielleWho:

[…] Up until now, Tillis, the GOP Senate candidate, was having some difficulty rallying the conservative base. In the Republican primary he easily defeated a tea party candidate and a candidate from the party’s evangelical wing. But Tillis, a business conservative, has never won the full trust of the party’s social conservatives, and there was always a question about how strongly they would work for him and turn out at the polls.

But the legalization of gay marriages may have solved that problem.

Gay marriage is an issue on which people feel strongly about.

Tillis angered some social conservatives when he said in 2012 that he thought gay marriage would become a reality in 20 years, even though he opposed it. He was off by 18 years.

The lightning speed of the court decisions stunned many. And conservatives immediately sought to transform it into a campaign issue.

“This is why our U.S. Senate election is so important,’’ said Tami Fitzgerald of the North Carolina Values Coalition. “The U.S. Senate is responsible for confirming federal judges, and we don’t want Kay Hagan to continue appointing activist liberal judges like Judge Cogburn.”

It doesn’t seem all that clear that Tillis’s approach to judges would be all that different from Burr’s.  Think back to his mindset about picking nominees for the UNC board of governors.

The potential effect I see here is as an apathy accelerant — encouraging more people to drop out and Go Galt.  As an example, check out this anecdote from an elected Jones Street friend of mine:

“I was out at my kid’s game the other night when one of the other parents approached me.  She shook my hand and asked  ‘How do you do it?’  I asked ‘Do what?’  She responded: ‘Keep going back to Raleigh and putting in all of that work, when some unelected judge can come in right behind you and wipe it away with the slam of his gavel. I mean, what’s the point?’ ” 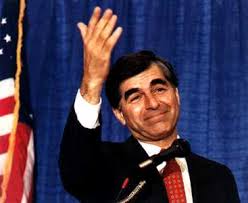 The Republicans are trying to fire up the base and get the vote out by bringing such *superstars* as South Dakota senator John Thune, Nebraska senator Deb Fischer, South Carolina senator Lindsey Graham, and former presidential candidate John McCain (who didn’t even bother setting up a North Carolina campaign office in 2008, by the way).

There is a crazy-scary amount of apathy out there in both parties.  You would think the lefties would be frightened at the idea of losing the most senior statewide-elected official they have,

I am also hearing from some rather main-line Republican leaning acquaintances about their frustration with the quality of candidates on the ballot this year.  *Gosh, this competence over ideology stuff sure is working out well. Mike Dukakis would be proud.*