The two ladies mixing it up to replace the retiring Rick Catlin in this Wilmington area state House seat have certainly made things interesting.  New Hanover County school board member Tammy Covil and her supporters have hammered opponent Holly Grange for her husband’s reported business ties to Hillary Clinton confidante Sidney Blumenthal.  Grange supporters have countered by questioning Covil’s intelligence and competence and basically branding Covil as an extremist.

Big-time NCGOP donor and former UNC board of governors member Fred Eshelman recently hosted a fundraiser for Grange that featured former congressman and NCGOP chairman, and current state board of education chairman Bill Cobey as a special guest.

Now, Covil has hauled out a big endorsement that should have some heads turning and get some tongues wagging. State Rep. Chris Millis (R) from nearby Pender County, a conservative leader in the state House, is publicly endorsing Mrs. Covil in the primary battle:

As I complete my second term in the state House, I know first-hand how important it is to have men and women of principle serve in state government. I have seen House members stand up boldly for their constituents, and I have also seen some melt under the pressure of special interests and political arm-twisting. When citizens send elected officials to Raleigh, it is imperative that we send individuals grounded in principles that promote prosperity, not those who are political weather vane 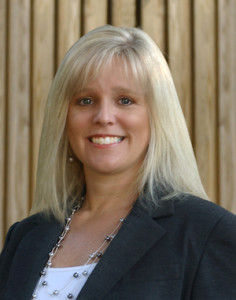 s on important issues that can directly harm our lives.

When it comes to conservative principles – those that lead to prosperity – I know exactly where Tammy Covil stands. Her track record proves that she has the strength of conviction, character, and integrity to withstand the political pressure in Raleigh – to use the voice and vote of the 20th House District to do what is right and true.
Preserving conservative tax reform that has brought North Carolina from 44th in state tax climate in the nation to 15th – I know where Tammy Covil stands.
Fighting for strong educational outcomes for students and their parents, including elimination of harmful Common Core state standards – I know where Tammy Covil stands.
Working to create an environment where individuals have greater opportunities to prosper by way of a state government focused on its proper role – I know where Tammy Covil stands.
Reforming unnecessary regulations that are the invisible tax we have to bear as citizens, while maintaining a strong focus on protecting our commonly shared environment and coastal beauty – I know where Tammy Covil stands.
We in southeastern North Carolina cannot afford to send individuals to Raleigh who are not committed to advancing conservative principles that we know allow every individual – regardless of race, creed, or income – the greatest opportunity to prosper. I know that Tammy Covil is committed to the right principles for North Carolina, and I support her effort to serve the citizens of the 20th House District.
I stand with Tammy and sincerely ask that you do as well by voting for her on March 15th. Please also visit CovilforNCHouse.com to volunteer for her campaign and donate.