It appears the North Carolina Democrat Party may have shared some info on internal polling with the girl from the steno pool at Spectrum News.  You know Spectrum.  It’s that white noise usually playing on that TV in the waiting room. (Or in the common room at the nursing home.)

Anybody can throw lists together.  It’s interesting – and quite telling — that they’re not releasing cross-tabs / margins of error / or actual numbers. 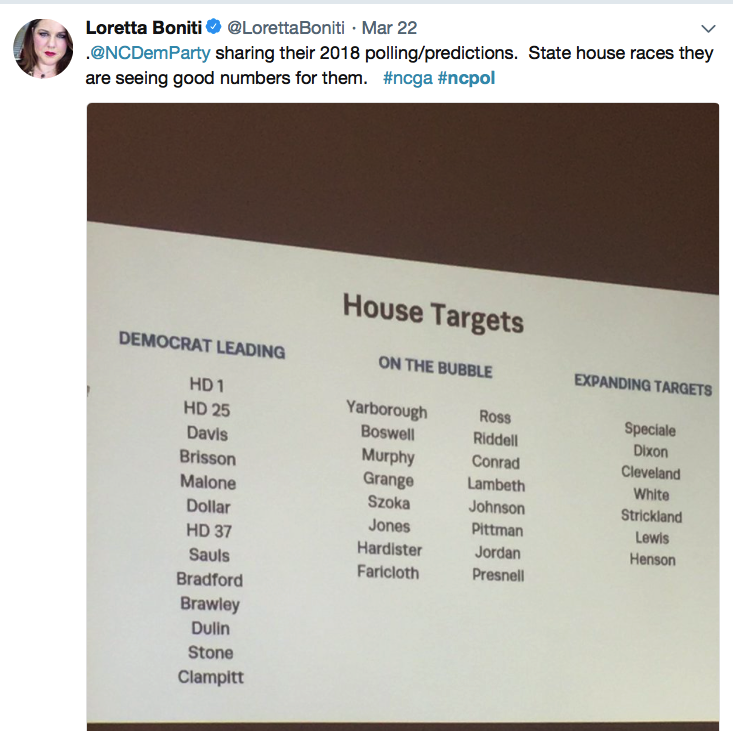 They may have a case for a few in the “Democrat leading” list, but the “on the bubble” list is full of, um, “wishful thinking.”

Greenville’s Greg Murphy has a ton of money, a weak general election opponent, and a local electorate that has been trending RED lately.  Pittman’s biggest challenge is the GOP primary.  Holly Grange’s district typically settles everything in the GOP primary.

As far as the “expanding targets” list goes — the NCGOP hope-hope-hopes their opponents spend money against Mike Speciale, George Cleveland, and David Lewis in the general election.  *Talk about flushing money down the toilet.*